James Camerons movie, Avatar was a phenomenal film about the confrontation between human mining operations on the planet Pandora and the native species and inhabitants, one of which was a humanoid race called the navi. And now, you can join their illustrious ranks by donning one of our licensed Avatar costumes. Not only do we offer adult costumes for the two main characters from the film, Jake Sully and Neytiri, but we also offer a number of additional items that all but ensure that you look like a native of Pandora in your navi costume. In addition to the Avatar costumes, we also offer wigs, ears, and fangs to mask your human features, as well as navi make-up kits and navi weapons. Join any of these with your Avatar costumes and you yourself might start to believe that you are a native from the planet Pandora
View Compare List
Sort by 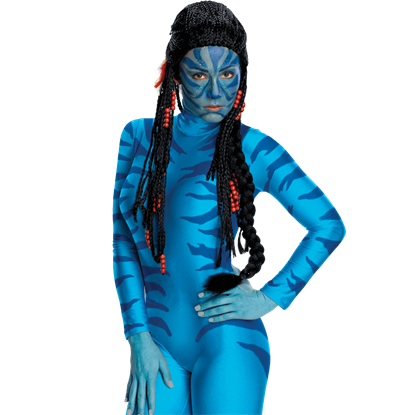