In 2004, Blizzard Entertainment released an MMORPG that grabbed the attention of the masses, and has since grown into its own community, one that spans the face of the globe. Now, 9 years later, Azeroth is practically a world unto itself, and the World of Warcraft remains a popular game made unique by the fact that no two player characters are exactly the same - quite a feat, given the millions that exist! And now, we are jumping into the World of Warcraft craze by offering you a wide assortment of different items, based on the lore we collected in Azeroth! For some cool apparel, we offer you a smattering of choices, ranging from faction shirts, jackets and hoodies, allowing you to support the Alliance or the Horde no matter where you go. We also offer class t-shirts, so that you can show off what class you play, when you log in. And of course, we also offer a number of other accessories too, like wallets, stickers, decals, and more! Now, even when you log off, you can take a bit of Azeroth with you, all thanks to some of the great WoW gear that you can get right here.
View Compare List
Sort by 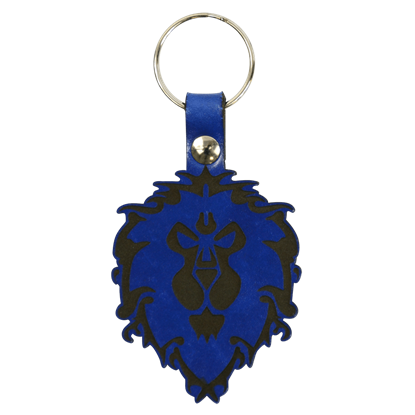 Item # DK1050
In Azeroth, loyalty is everything. If your loyalty lies with the Alliance, then you can bet that we have the accessory for you, in the form of this Alliance Leather Key Chain. With it, you can easily show the world whose side you are on.
$9.00 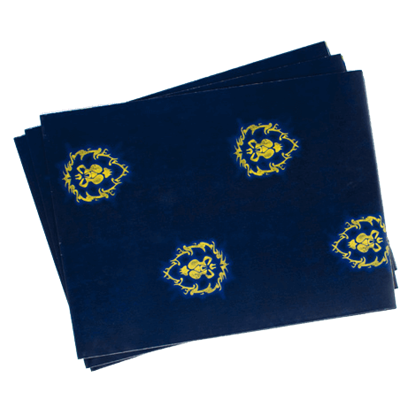 Item # NW-1143
If someone loves something, they want a little bit of it in everything they do. This Alliance World of Warcraft Wrapping Paper allows you to hide a gift behind colorful paper that is certain to appeal to that special Warcraft gamer.
$8.00 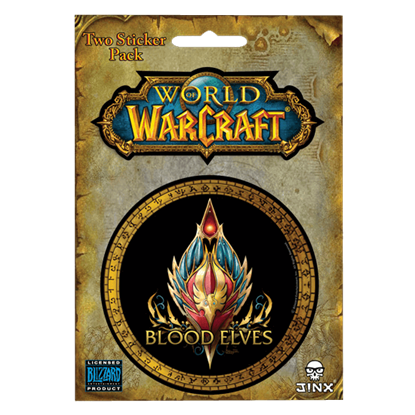 Item # NW-925
No matter what race you play as in WoW, you can show your allegiance proudly by decorating with these Blood Elf World of Warcraft Race Stickers. Each pack includes two stickers for you to use to show off your love of this game and race.
$2.00 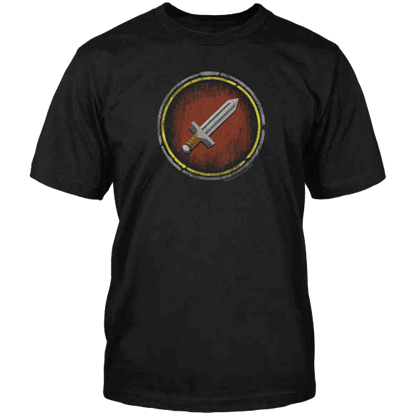 Item # NW-2660
When it comes to playing an online game, it is important to know your role. This Damage Per Second Dungeon Role T-Shirt features a clearly defined graphic that will let everyone know what role you play if you are invited into the party.
$17.50 $15.00 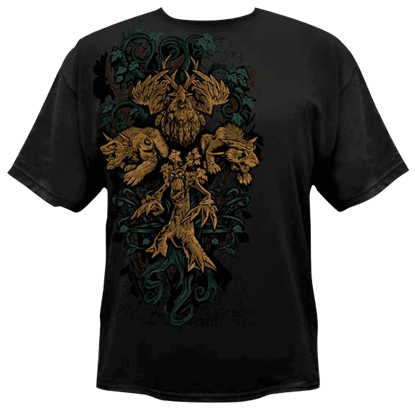 Item # NW-1689
Nature is not without its guardians, and the most fearsome of which are the Druids. This Druid Legendary Class WoW T-Shirt is a garment that features a large glyph that shows off the many forms that a druid may take during their life.
$20.00 $18.00 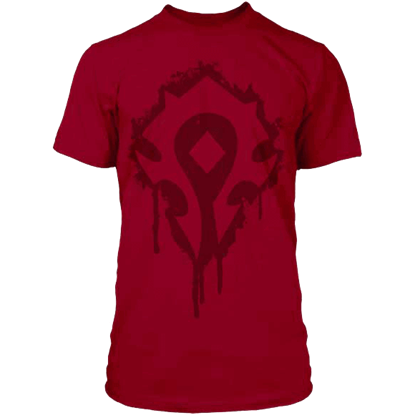 Item # NW-3212
The glyph might be faded, but it is still there. This Horde Crest WoW T-Shirt is a vibrant red tee that shows off the symbol of the Horde, making it a perfect garment to wear for any World of Warcraft player to show their allegiance.
$20.00 $18.00 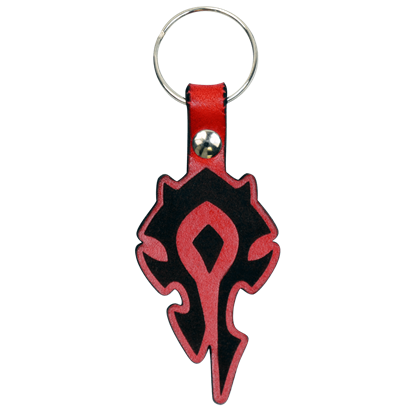 Item # DK1049
In Azeroth, loyalty is everything. If your loyalty lies with the Horde, then you can bet that we have the accessory for you, in the form of this Horde Leather Key Chain. With it, you can easily show the world whose side you are on.
$9.00

Item # NW-1560
Do you strive for a legendary status but prefer to skip all that training? You could always just wear this Hunter Legendary Class WoW Womens T-Shirt.
$20.00 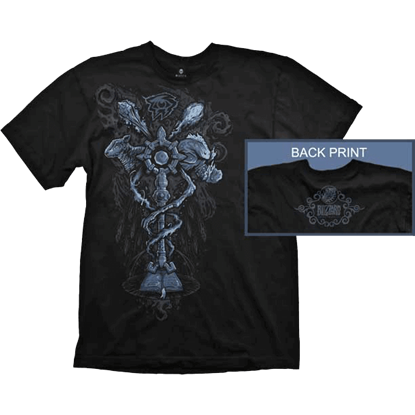 Item # NW-1821
All have reason to fear a mage who has mastered fire, frost, and arcane power. This Mage Legendary Class WoW T-Shirt is a garment that features a large glyph that shows off the staff and spells that make a mage so powerful.
$20.00 $18.00 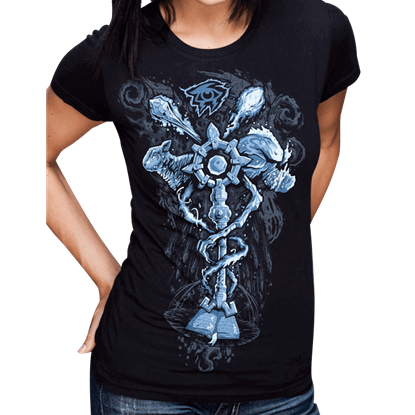 Item # NW-1822
Do you strive for a legendary status but prefer to skip all that training? You could always just wear this Mage Legendary Class WoW Womens T-Shirt.
$20.00 $18.00 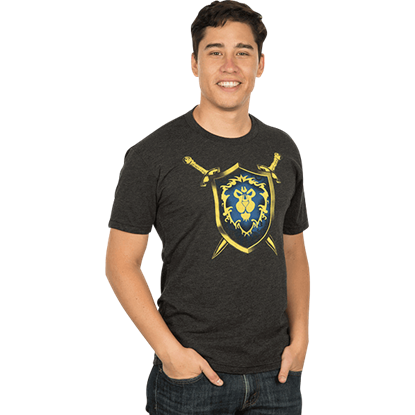 Item # NW-4952
Our cause is just, and our hearts are true. The glorious champions of the Alliance will show no fear against any odds. Show your game affiliation by wearing the Mens Premium Warcraft Alliance Coat of Arms T-Shirt.
$21.99 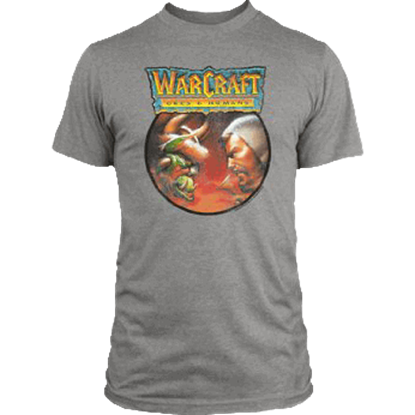 Item # NW-4100
Long before the World of Warcraft, there was just Warcraft. It was a simpler time when Orcs and Humans duked it out for control in pixilated excellence. The Mens Premium Warcraft Vintage T-Shirt displays the game cover art.
$21.99