Vikings used Norse daggers called seax as a side arm and for close combat fighting. Viking seax are sometimes also called hadseax, sax, seaxe, scramaseax and the scramsax. This Viking dagger possesses a single-edged blade with a length ranging from 3 inches to about 29.5 inches. The seax served as a status symbol as well, since only free people in Viking culture had the right to bear arms. Viking warriors typically wore their knife horizontally at the front of their belt. We carry many variations of Viking daggers and utility knives that are fully functional for reenactments or combat. Our Viking blades come in a wide array of authentic designs from the Viking Age.
View Compare List
Sort by 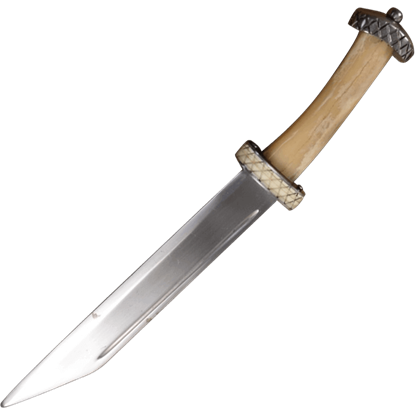 Item # AH-4116BN
Vikings found uses for weapons of every size, as they had a number of tasks to accomplish at any given time. The Bone Handled Viking Utility Dagger is a tool fit for a Norse warrior of unmatched stature and barbaric strength.
$68.00 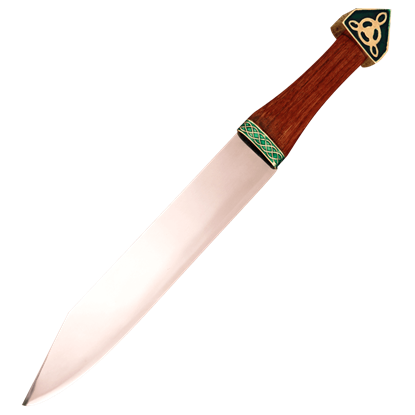 Item # AH-4170N
Some Vikings were fond of prestige weapons, those being ornate pieces that were as much signs of rank as anything else. This Decorated Viking Scramasax is one such piece with fine detailing, made out of a typical Viking knife.
$81.00 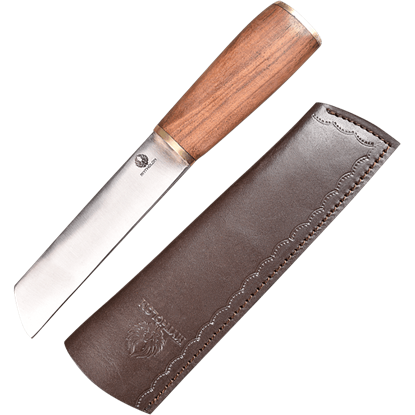 Item # MY100943
Self-respecting Saxon warriors carried a seax sword. Remember this well-known Germanic weapon by wearing the Gudrik Seax Knife and its included leather sheath. This sheepsfoot blade is great for many outdoor situations and needs.
$50.00 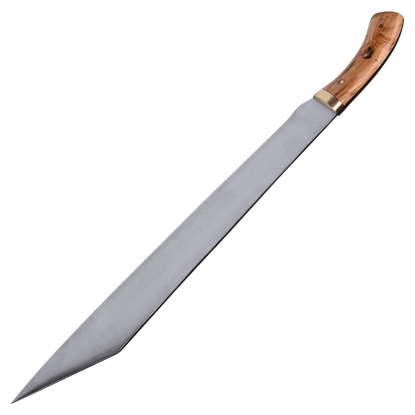 Item # MY100513
Blades much like the Havall Viking Seax served as a common sidearm to the Germanic and Anglo-Saxon tribes from the Migration Period to the Early Middle Ages. This decorative weapon adds authenticity to the role of Viking raider.
$56.00 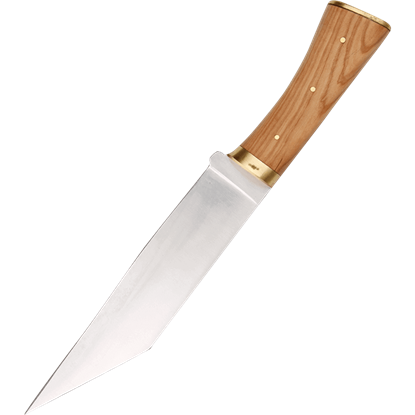 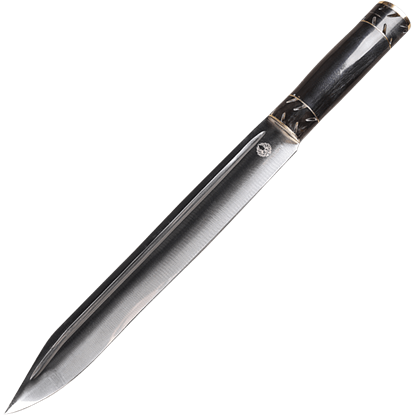 Item # MY100952
The seax sword characterized the Saxons. The legacy of that weapon continues today in the Holmstein Seax, a knife carrying on that distinctive design. It is a great functional item and a wonderful display piece for any collection.
$71.00 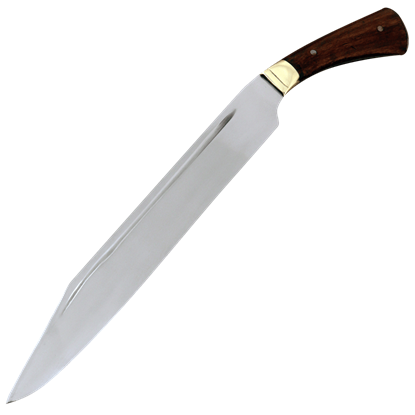 Item # AH-3379H
If there is one thing to be learned by observing Viking weaponry, it is that the Vikings loved large blades. This Horn Handled Viking Sax is a broad knife, although given its length this blade is basically a Viking short sword.
$99.00 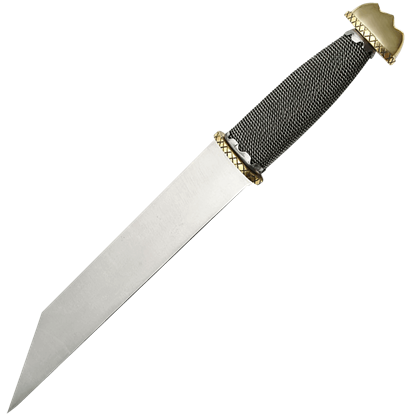 Item # ZS-203340
While the seax was the basic Viking utility knife, more decorative versions of the dagger, like this Lobed Pommel Viking Seax, were often used among these Norse warriors for ceremonial purposes or to show prestige among themselves.
$35.00 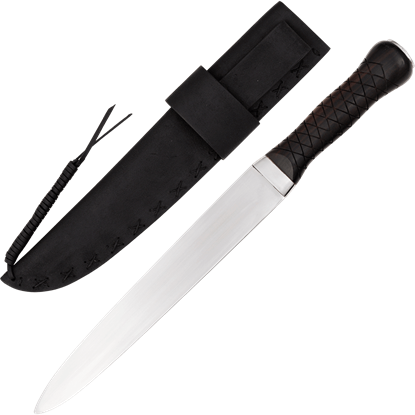 Item # IP-131
The seax, also known by several other names including scramasax and simply sax, was a type of Germanic knife that was the common sidearm of a Viking. This Lombard Seax is based upon a 6th century version of this Viking Age weapon.
$142.00 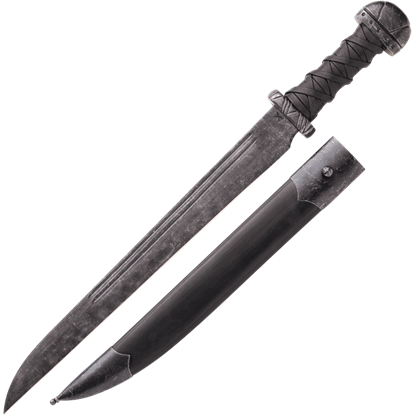 Item # 404119
With its striking appearance, the Maldon Viking Seax serves as a fantastic historical dagger replica. A design popular among Germanic and Anglo-Saxon peoples, the Norse seax makes a great weapon for collecting or putting to work.
$179.95 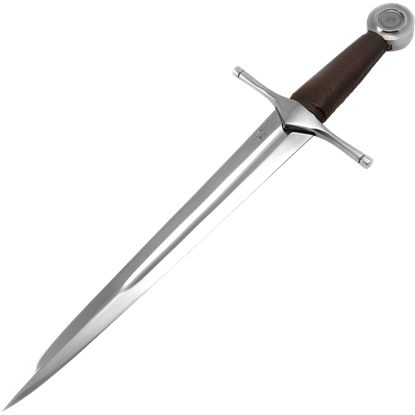 Item # DS-1803
A good dagger is a must for any warrior, especially since they are so handy to have when you head into battle. Besides, you never know when a blade like this Norman Dagger might save your life, so it is good to always have one ready.
$225.00 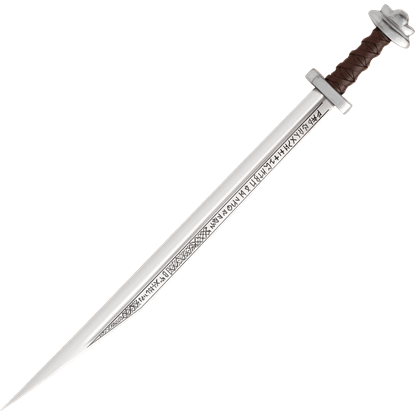 Item # 501531
Any Viking warrior should make sure that they carry a short blade around with them like the Runic Long Seax with its historical design. This functional dagger is great for historical reenactments. You can also add it to your Norse armoury.
$195.00