We have a wide selection of Roman apparel for men and women. Our brightly colored Roman tunics copy the standard issue to the Roman legions from the days of the Republic to the end of the Empire. Worn under Roman armour or by itself, woolen tunics would keep legionnaires warm and provide protection and padding from armour. The Romans belts were used to hang swords and daggers and show position and rank. Roman soldiers often wore Roman sandals called caligae that were made of leather with studs on the sole. We carry high quality Roman clothing and gladiator clothing like war skirts and Roman arming wear, as well, giving you plenty of options for reenactments, theatrical productions, the Renaissance fair, and costume parties.
View Compare List
Sort by 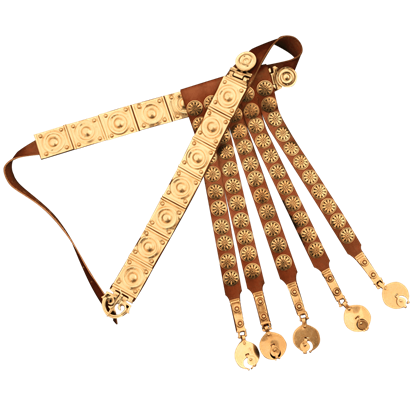 Item # AH-6725
This Roman belt is something of an elaborate affair, featuring several unique touches that make it an impressive accent, to be sure. The 1st Century Roman Legionary Disc Belt serves well as an addition to any military based Roman costume or look.
$216.00 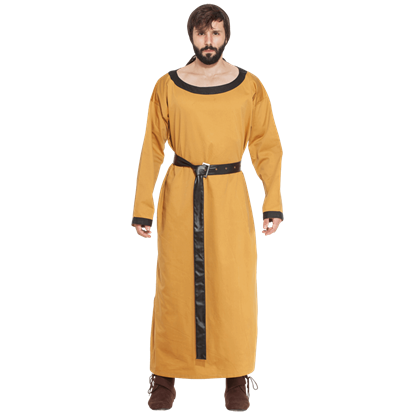 Item # DC1444
Brighten up your reenactment wardrobe with the Cassius Roman Tunic. Made of a satiny cotton fabric, this ancient Roman inspired tunic features black trim around its scoop neck and long sleeve cuffs, contrasting with its golden body.
$66.00 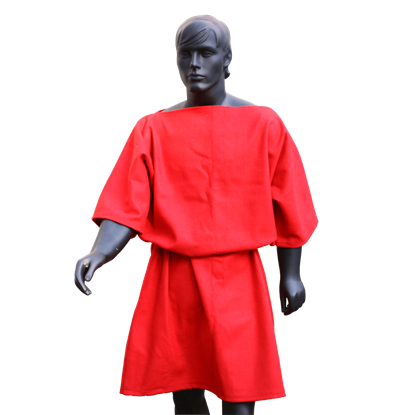 Item # AH-6016
Save the toga, nothing is quite as iconic for the Roman to wear as the bright red tunic. This Casual Roman Tunic creates the draped design of this classic Roman wear, while also opening the Roman style up to a number of other colors.
$74.00 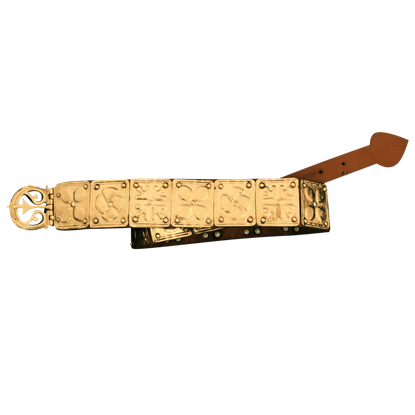 Item # AH-3847
This Centurion Belt is titled as such not because it possesses details worthy of a ranked officer, but because it is modeled after the belt worn by one such centurion, named Facilis, who served in the XX legion during the first century.
$178.00 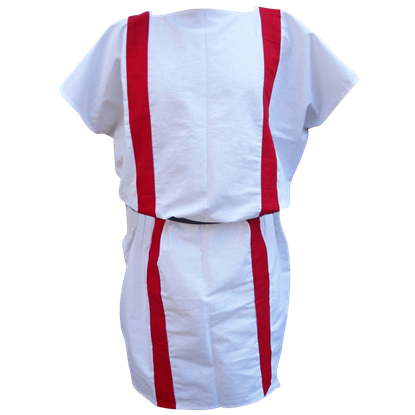 Item # AH-PA2076
Even across the sea in Roman-ruled Egypt, the fashion trends were quite similar. Romans in Alexandria and most of Egypt favored a garment like this Coptic Roman Tunic, as much for its style as for the comfort it afforded in the region.
$55.00 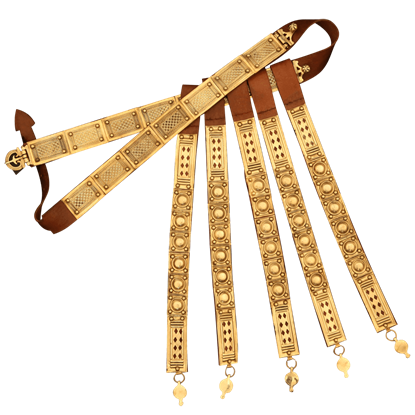 Item # AH-3868N
This Decorative Brass Roman Belt with Apron is modeled after the Roman cingulum, allowing re-enactors and Roman enthusiasts to create a look and style that is impressively authentic, as well as incredibly detailed, from head to toe.
$243.00 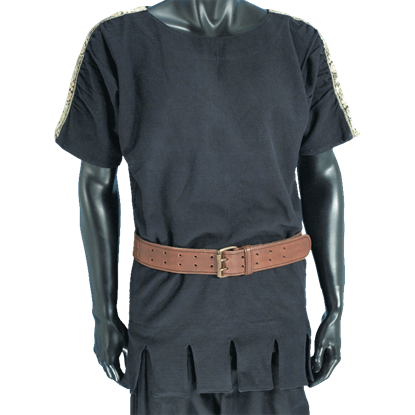 Item # MCI-2346
Our Childs Roman Tunic works for just about anything. It can be worn alone, under armour, or under a surcoat or doublet. You can dress it up or dress it down. Made from a breathable cotton, you can wear this tunic all day in comfort.
$35.00 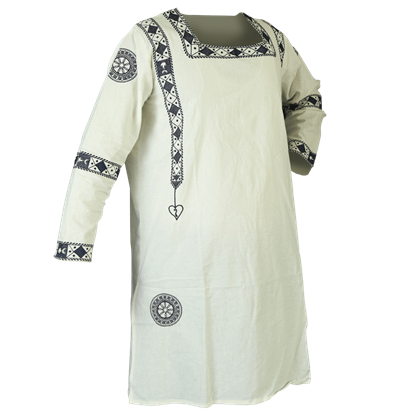 Item # AH-PA2075
The toga might have been the symbolic garment of the Roman citizen, but no piece of clothing was quite as prolific as the tunic. This Late Roman Copt Tunic is based on a style that was popular in the southern bounds of the Empire.
$69.00 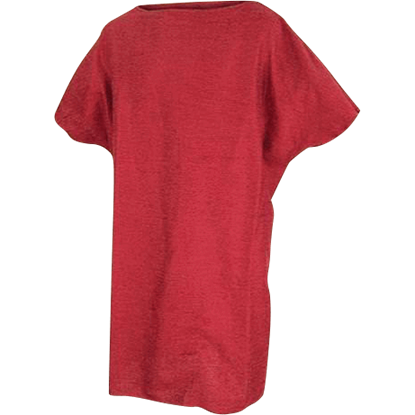 Item # 101525
Many warriors of the ancient world feared the Roman army because it was thought that Romans never bled. The truth, however, was that they wore tunics, much like the Legionnaire Tunic, to fool their foes into believing such things!
$65.00 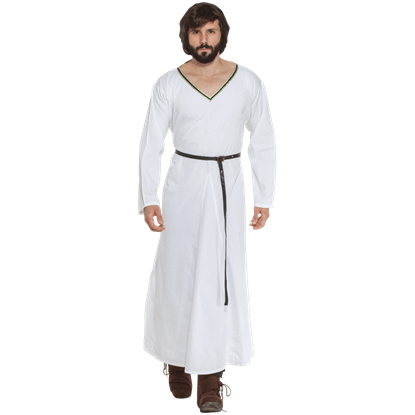 Item # DC1445
Present a pristine image when you next dress up in historical fashion. The Lucius Roman Tunic features crisp lines and a classic silhouette, its long sleeve torso fitted and its slightly flared skirt reaching down to ankle length.
$58.00 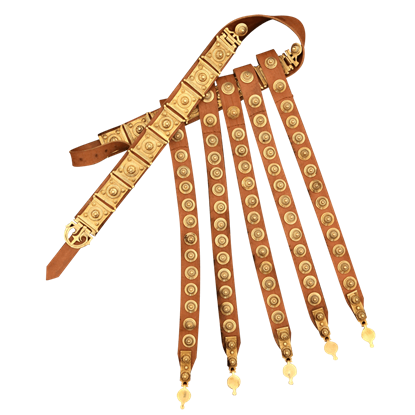 Item # AH-6701
This belt is the perfect accent to an assortment of Roman military looks, complementing the armor of decorated officers and generals alike! The RGZM Legionary Belt is an impressive decorative belt complete with an ornately plated apron.
$267.00 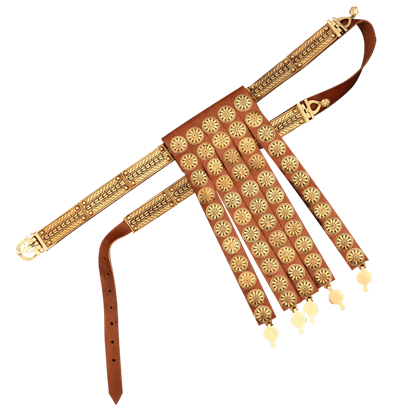 Item # AH-3869
This Roman Belt is an impressive and striking accessory that features impressive brass adornments across its surface. You could also call this belt a balteus or a cingulum, which are Latin words that respectively mean belt and girdle.
$248.00