The Bowie period in American History was a turbulent one. It was born on a sandbar on the Mississippi River near Natchez, Mississippi in 1827. A political duel became a free-for-all. James Bowie, who was an observer at the duel, was shot and stabbed through with a sword cane, but he managed to dispatch his major opponents with a Bowie knife, even though his wounds were so grave that his life hung by a thread for weeks afterwards. The infamous Sandbar Fight, as it was later called, took the imagination of the country by storm. Newspapers far and wide copied the stories from the Natchez papers and soon every man wanted a knife like Bowies - a Bowie knife. American cutlers (many of them surgical instrument makers) and Sheffield, England cutlers began to make Bowie knives to fill the market demand. The Bowie Period only lasted about forty years - from the Sandbar Fight to the end of the Civil War. When pistols became reliable and plentiful the size of the knife shrank. By the 1870s and 1880s, the Bowie knife was used as a hunting knife much more than as a primary defense arm. The Bowie was made in a period of hand labor, the industrial revolution had not touched the cutlery trades. All the work on the old knives was by hand, with an artisans craft skills that were learned during a long apprenticeship to master forgers, grinders and cutlers. We carry popular bowies from manufactures Cold Steel, C.A.S. Iberia and Hanwei. All our bowies are great for hunting, survival, camping as well as collectibles.
View Compare List
Sort by 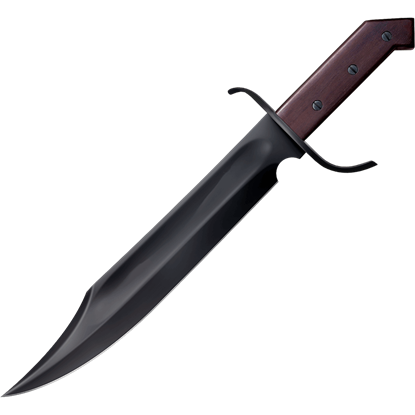 Item # 07-88CSAB
Exquisitely crafted to emulate the designs of bowie knives used by frontiersman, the 1917 Frontier Bowie Knife by Cold Steel is a beautiful battle-ready blade which is well suited for anything from camping to historical reenactments.
$159.90 $127.92 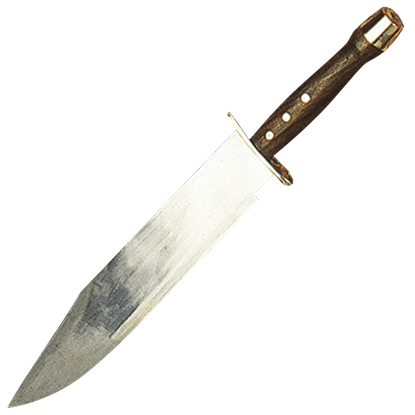 Item # AH-3152
A mountain man needs a good knife, and the American bowie knife offers plenty of versatility for any survival needs. This Arkansas Bowie Knife combines the rugged and effective look of a mountain man knife with the iconic bowie blade.
$38.00 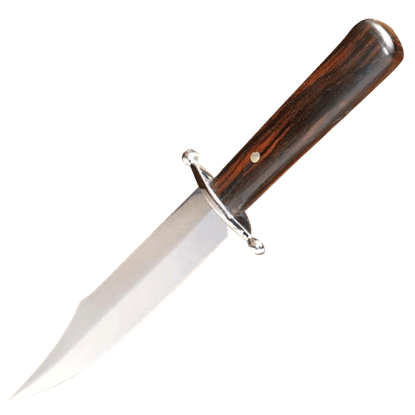 Item # 401728
A mountain man knows that you never go anywhere without a knife. This Bowie Boot Knife is a blade that can be easily concealed in your boot or at your belt, ensuring that you can follow that pearl of old-world wisdom with ease.
$40.00 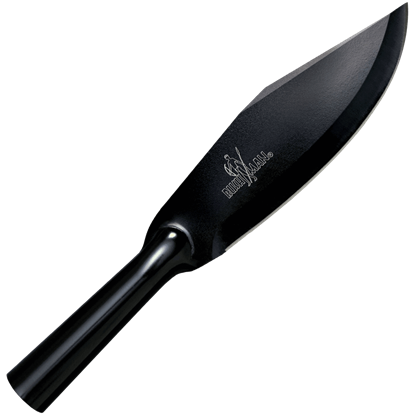 Item # 07-95BBUSKZ
The Bowie Bushman Knife is a strong survival knife that is tough to beat. This knife features a bowie knife design, featuring a clipped point with a continuously curved blade ideal for skinning and cutting like you will not believe!
$19.90 $15.92 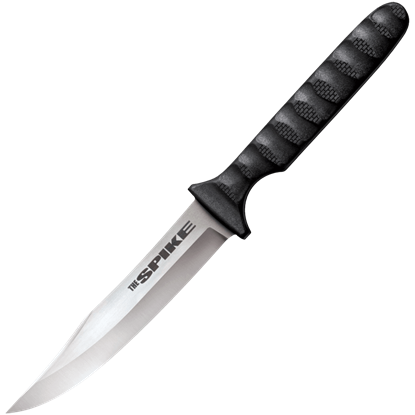 Item # 07-53NBSZ
With a covert design and lightweight construction, the Bowie Spike Neck Knife is convenient to carry along on any given day. The blade is crafted from stainless steel and features a zero ground, bowie-style clipped point blade.
$35.90 $28.72 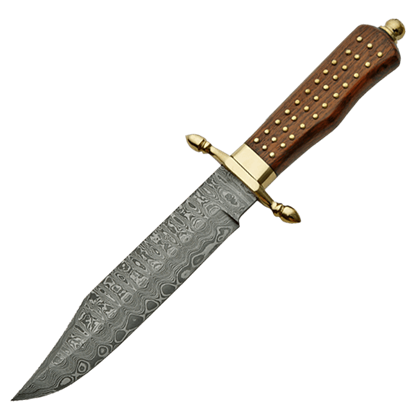 Item # ZS-DM-1058
The design of the coffin handled bowie pairs nicely with a fine blade, as this Brass Pinned Damascus Bowie Knife demonstrates. The combination of these time-tested designs makes this knife as effective as it is fine in appearance.
$63.90 $57.51 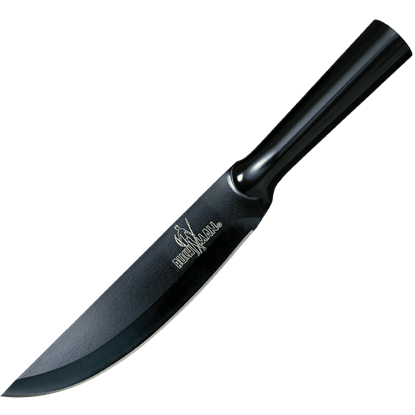 Item # 07-95BUSS
With no joint or seam between its blade and handle, the Bushman Bowie might just be one of the strongest outdoor survival knives in the world. The hollow handled knife are expertly cold forged out of a single piece of carbon steel.
$28.00 $25.20 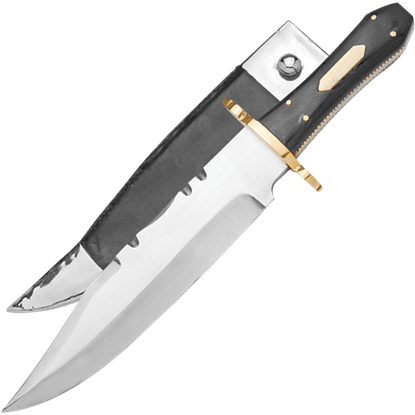 Item # AC-07-100
It is not hard to see why a Bowie knife would have been the favorite knife of Civil War soldiers. This Civil War Bowie Knife has an ornate look, although it still looks like a deadly blade that is fit for a soldiers hand.
$62.00 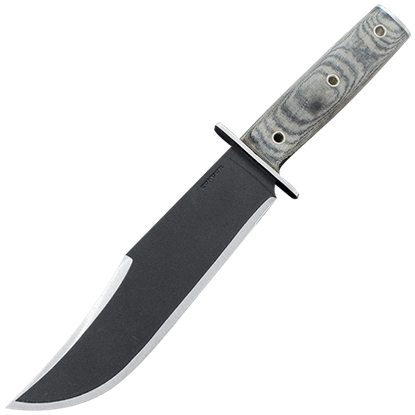 Item # BK-CTK180675
In the early 1800s, a blacksmith named James Black made a special knife for war hero Jim Bowie. Over the years, this design became increasingly popular. The Condor Operator Bowie Knife gives this classic knife some modern modifications.
$124.99 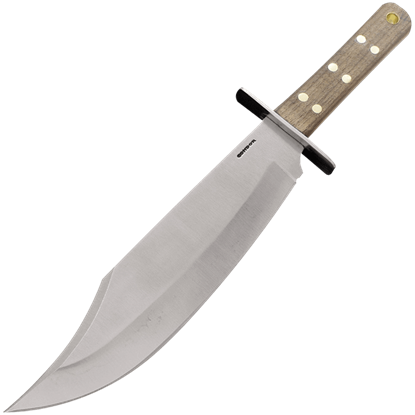 Item # BK-CTK2804103
The American West was known for being a dangerous place full of conflict, where untamed beasts and humans interacted on the daily. The Condor Undertaker Bowie Knife creates just the weapon to combat the feisty spirit of the Old West.
$104.99 Item # AC-07-318
Troops on either side of the Civil War would have no doubt favored the Bowie knife as their preferred blade of choice, such as this CSA D-Guard Bowie Knife, a quite the impressive and intimidating little Bowie knife.
$48.00 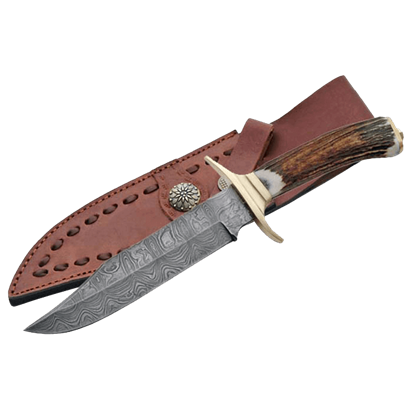 Item # ZS-DM-1009
The Damascus Bowie features a stag horn handle and comes with a hand stitched leather sheath. The Damascus Bowie has an overall length of 11 inches and has a hand forged Damascus blade each with its own unique pattern.
$85.90 $77.31