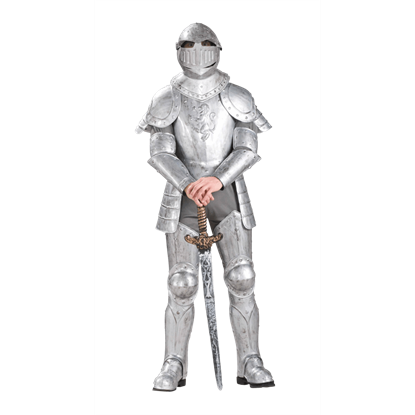 Item # FM-62881
Whenever someone speaks of a medieval knight, it typically calls to mind a powerful figure wearing shining armor of plate metal. This Armored Knight Mens Costume does not disappoint in its delivery of a classic knight in armor.
$150.00 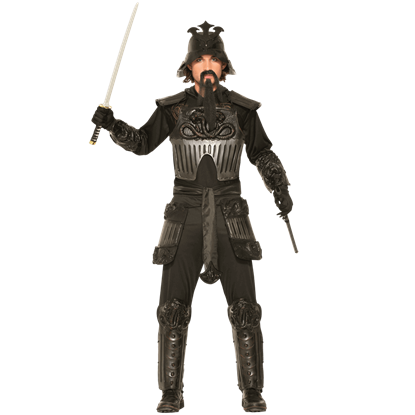 Item # FM-56647
The samurai were the ruling class of warriors for virtually all of Japans feudal era, and have gained notoriety as some of the finest warriors in history. Now you can show off the same look with this Armored Samurai Mens Costume.
$60.00 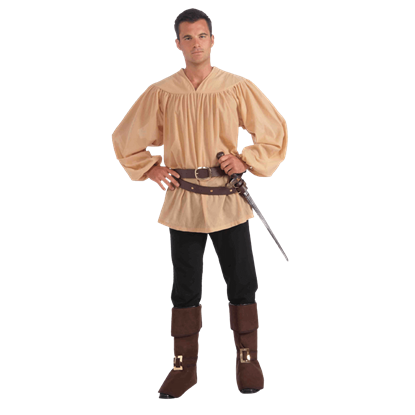 Item # FM-68554
An authentic renaissance costume is made up of authentic pieces, and none look quite as nice as this Beige Medieval Shirt. This shirt features a simple style that makes it quite versatile, being the perfect addition to dozens of looks.
$27.00 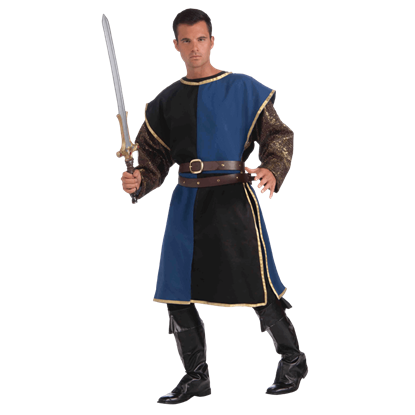 Item # FM-68560
Rarely did a knight wear anything that was completely devoid of significance. For example, as simple as the Blue and Black Medieval Costume Tabard looks, even the coloration and design on this piece can have greater meaning.
$30.00 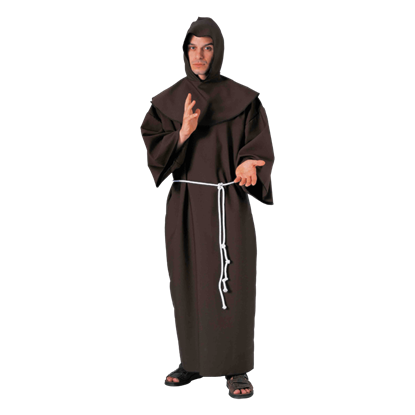 Item # FM-40042
There is absolutely no denying that monks, in spite of their monastic nature, are some of the best dressed medieval men in history. And now, you can match their classic look with your very own Brown Monks Robe Mens Costume.
$32.00 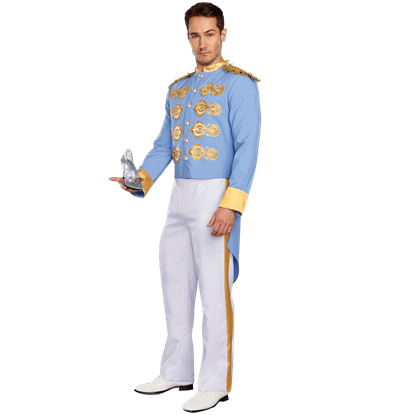 Item # DG-10638
Before you start your quest to find a fairytale princess, you ought to dress the part. Adorned with rich gold trim, this Charming Prince Mens Costume is an excellent choice for any lovelorn prince in search of his perfect match.
$50.00 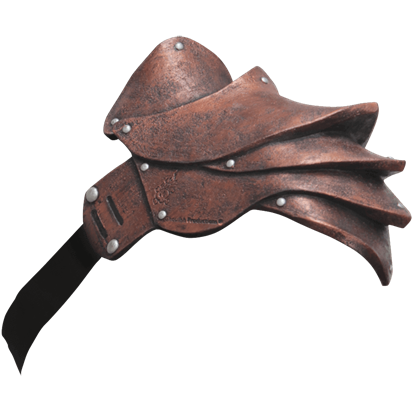 Item # HS-25059
Perfect for warrior costumes of all sorts, the Copper Costume Pauldron adds a fantastic touch to your look. The costume armor is molded into a detailed design with nicks to make it seem as though it has been worn during battle.
$25.00 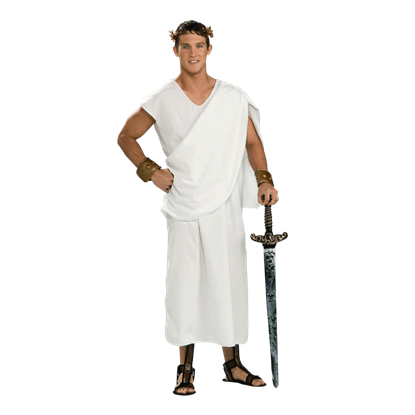 Item # FM-62095
The toga was the common attire of the day during the Roman era. This versatile garment was worn by virtually every citizen of the Roman Empire, and now, men and women of the modern day can enjoy it too by wearing this Costume Toga.
$20.00 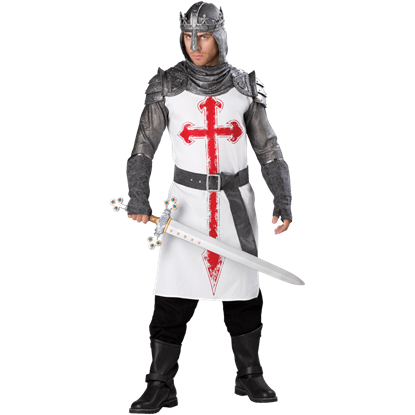 Item # IN-3055
Maybe being a knight is too general. Maybe you want to be something more, some known warrior but with a more specific title. Maybe the Crusader Men's Costume is exactly what you need, a warrior who earned his reputation in the Holy Land.
$90.00 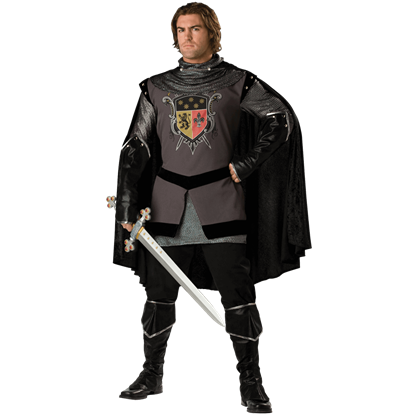 Item # IN-1061
Something of a misnomer, a dark knight does not have to mean a cruel or evil knight. It could simply refer to the color of his attire. In the Dark Knight Men's Costume, you get to decide the alignment of your knightly character.
$98.00 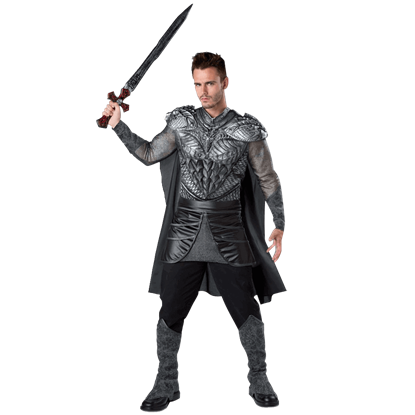 Item # IN-11093
Prepare to battle dragons and defend the weak this Halloween, or perhaps, you prefer to dabble in black magic, serving as leader to an undead army. Regardless, the Dark Medieval Knight Adult Costume is an exciting option for cosplay.
$54.00 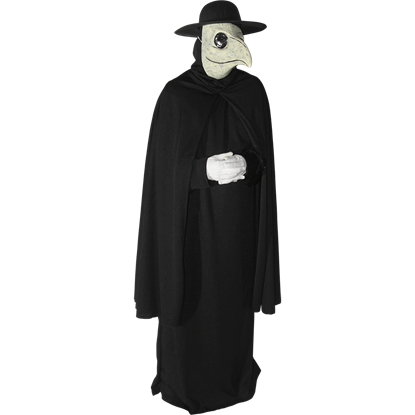 Item # HS-25262
With the Doctor Peste Costume, you can transform yourself into one of the curious figures of the Middle Ages known as the plague doctor or beak doctor. These medical personnel treated victims of the Black Death and other epidemics.
$90.00