Snow White and The Huntsman Costumes

Everyone knows the fairy tale of Snow White and the Seven Dwarves, but the feature film Snow White and the Huntsman adds a new twist to this classic story by recreating the characters in intriguing new ways. And now, you can become those new characters just by picking up any one of our great Snow White and The Huntsman Costumes. The feature film, released in 2012 and directed by Rupert Sanders, retells the classic story of Snow White in a completely new way, namely by putting a good deal of focus into the development of both the evil queen and her fair counterpart. Snow White, in the film, is the fairest maiden in the land and the daughter to the deceased King Magnus, who died at the hands of the evil Ravenna, who usurped his throne to attain greater power. Throughout the story, Snow White is aided by the Huntsman, along with her Prince and seven dwarves, who all fight to see the downfall of an evil queen who fears the inevitability that is growing older, and in her mind, uglier. Here, we offer costumes that depict both Snow White the princess and Snow White the Warrior, as well as costumes for the evil queen as a regal figure and as a sinister witch. And of course, we offer them in sizes for women and for teenagers, ensuring that ladies of all ages can become their favorite wicked witch or fairytale princess. And for you fellows, we also have huntsman costumes, sized for men and teens, so that they can join in the fun, too. Along with the costumes come a few great props and accessories that are perfect for completing their distinctive looks. They make for great Halloween wear, as well as a choice costume to wear to fairs, festivals, and costume parties that might call for a look that speaks of fairytale figures like rugged woodsmen warriors, knightly princesses, and bewitching evil queens. And luckily, you will find all those styles right here in the Snow White and The Huntsman Costumes section, right here.
View Compare List
Sort by 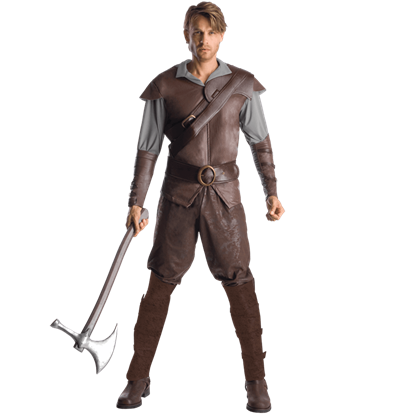 Item # RC-880895
Snow White and the Huntsman, as a film, told a new fairy tale, one that depicted the fairest maiden as more than just a princess. Along with her was the Huntsman, a steadfast warrior that you can emulate with this Mens Huntsman Costume.
$55.00 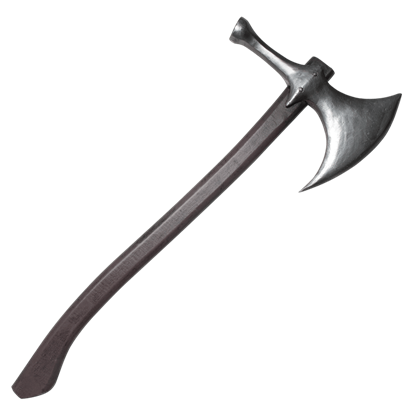 Item # RC-30850
This sturdy looking axe would be a powerful weapon in the hands of a skilled warrior. In Snow White and the Huntsman, the Huntsman used it to deadly effect, and now, you can use this Plastic Huntsman Hatchet in all of your costumes, too!
$11.00 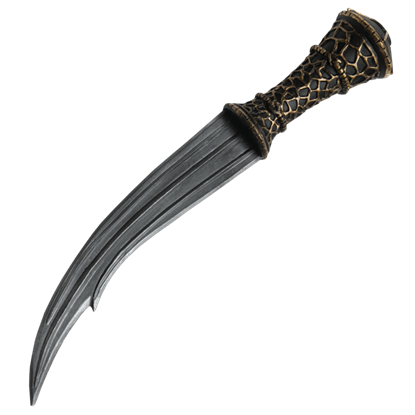 Item # RC-30851
Every evil queen deserves to have a dagger worthy of her sinister look and style. Regal and yet lethal looking, this Plastic Ravenna Dagger is a curved blade that looks like it might have served as a sacrificial dagger at one time.
$8.00 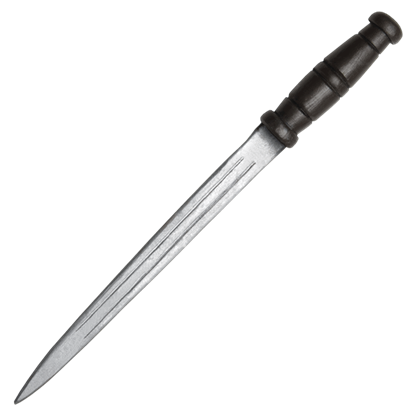 Item # RC-30849
Not even Snow White dared to brave the Enchanted Forest completely unarmed, and neither should you. Arm yourself as she did with this Plastic Snow White Dagger, so that you will be ready to defend yourself when the forest turns.
$8.00 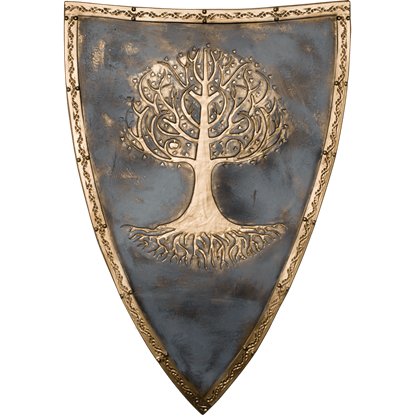 Item # RC-30853
When Snow White chose to fight against the Evil Queen Ravenna, she did not march into battle in a dress, armed with her dagger. Instead, she took up the arms of a knight, including a shield that resembled this Plastic Snow White Shield.
$14.00 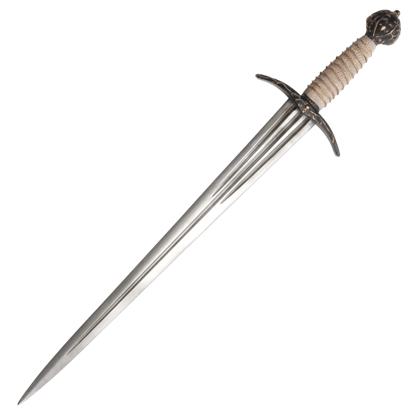 Item # RC-30852
When Snow White chose to fight against the Evil Queen Ravenna, she did not march into battle in a dress, armed with her dagger. Instead, she took up the arms of a knight, including a sword that looked like this Plastic Snow White Sword.
$10.00 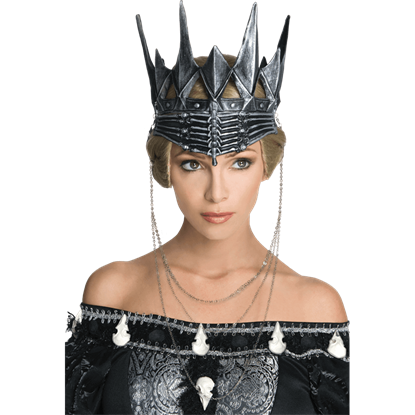 Item # RC-30848
Fit for a queen and a dark witch, this Queen Ravenna Crown is a stunning accessory that is both sinister and strangely beautiful, making it the perfect accessory for a queen who seeks both infinite power and a lasting, eternal beauty.
$18.00 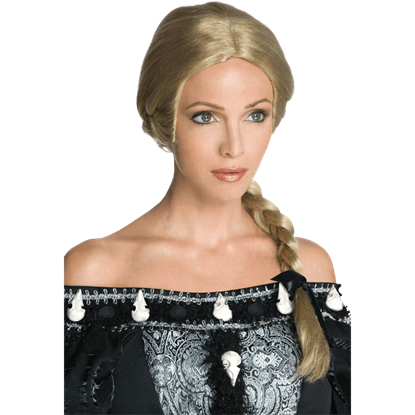 Item # RC-52713
A beautiful head of golden hair will keep you looking like the fairest one in the land, so long as you get rid of any fair princesses. This Queen Ravenna Wig will give you a regal hairstyle that befits a queen in all her beautiful glory.
$16.00 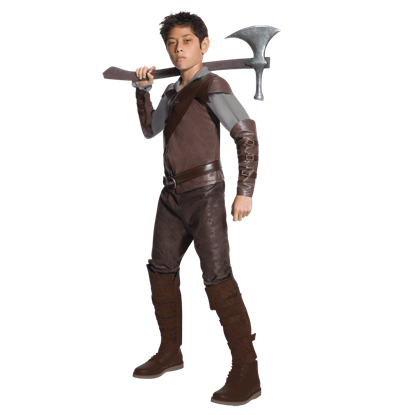 Item # RC-886372
Snow White and the Huntsman told a new fairy tale, one that depicted the fairest maiden as more than just a princess. Along with her was the Huntsman, a steadfast warrior your son can emulate in this Teen Huntsman Costume.
$50.00 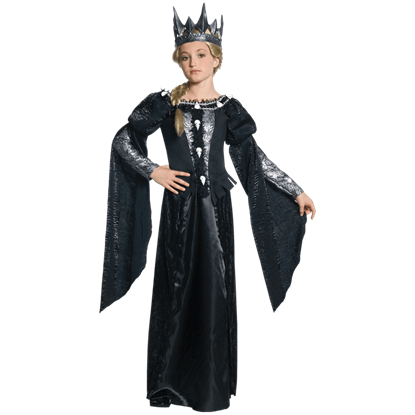 Item # RC-886374
A dark queen should be sinister and forbidding, yet also beautiful. This Tween Dark Queen Ravenna Costume holds true to that notion, in that it will transform your little lady into a queen of darkness as beautiful as she is sinister.
$60.00 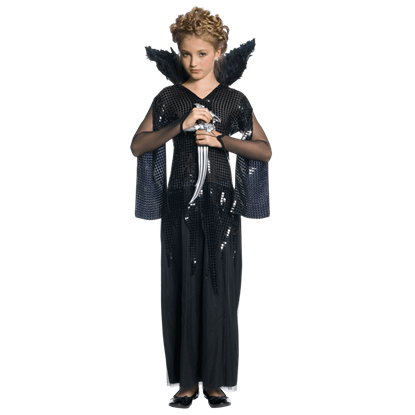 Item # RC-886373
In Snow White and the Huntsman, the villain is not just a queen, but also a witch whose power stems from her beauty. In this Tween Dark Witch Ravenna Costume, your little one will look just like a queen caught in one of her dark rituals.
$60.00 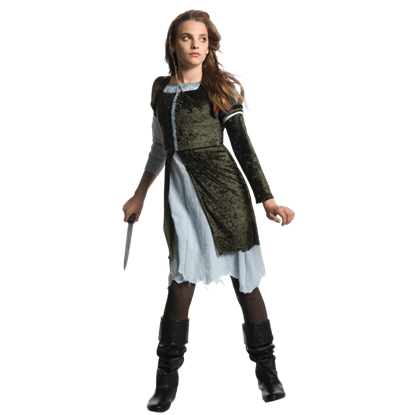 Item # RC-886370
The story told by the film Snow White and the Huntsman was not the average fairy tale. Instead, it portrayed Snow White in a new way. This Tween Snow White Costume is geared more towards the princess who was much beloved by nature.
$45.00