The rapier is a classic standard; it was once regarded as the sword of choice not only among gentlemen and nobility, but also became one of the most common swords of the era, achieving nothing short of wide-spread use, both in matters of personal honor and in actual conflicts between enemies. And now, we are happy to offer you a number of decorative fencing rapiers. Each and every one of our decorative fencing rapiers are modeled after the appearance or style of a rapier that was, at one point, accepted and common; some are actually even replicas designed after historical swords. Each of these swords is beautifully crafted; many feature swept guards or cupped guards, which are two of the most common guard styles associated with the rapier. And while many of our decorative fencing rapiers appear to look functional, none of them truly are; these decorative and beautiful rapiers are replications that are designed to convey a sense of prestige and power. They are display items that are not meant to withstand the rigors and stresses of actual combat for any period of time. If you are looking for a rapier that you intend on using in combat or sparring, check our other fencing sections. But if you are looking for a beautiful, period-accurate rapier that will proudly occupy a place on your wall or mantle, then look no further than our decorative fencing rapiers.
View Compare List
Sort by 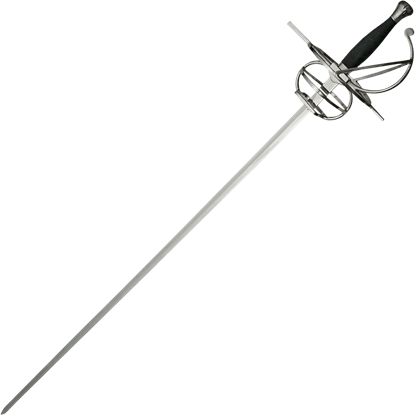 Item # ZS-926850
Not all rapiers were made for the social elite of the renaissance. They were a common sword of the day, and so some, like this Black Hilt Rapier, were made to be less ornate. Being less fancy hardly decreased its effectiveness.
$99.90 $89.91 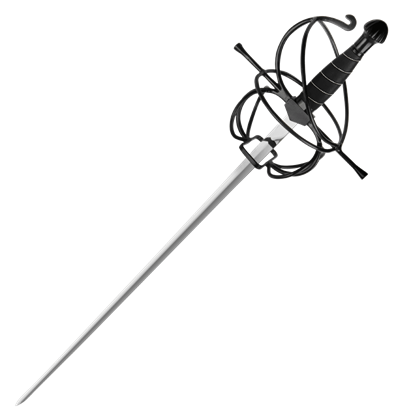 Item # MC-KS-5918BK
Precision, agility, and technique are all three things that the rapier emphasizes, thanks to its narrow blade. This Black Wire Hilt Rapier recreates the look of a historic sword that gradually changed the way men fought with blades.
$125.00 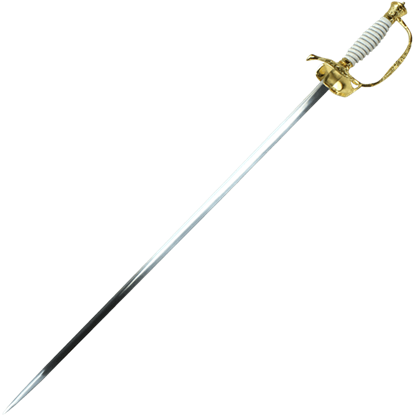 Item # NP-L-897
Let the Civil War Officer Sword take you back to pivotal moments in American history. This stainless steel display sword is modeled after antique weaponry and showcases a certain sense of elegance in its ornate, golden colored hilt.
$59.90 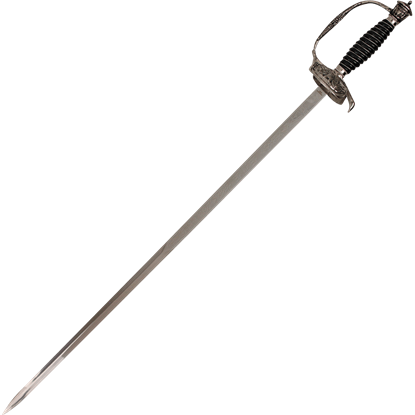 Item # NP-L-8922
The Crusading Knight Small Swordis a remarkable interpretation of the emblems and weapons associated with medieval knights. This replica sword features a clamshell guard and subtle etching down the ricasso of its stainless steel blade.
$77.50 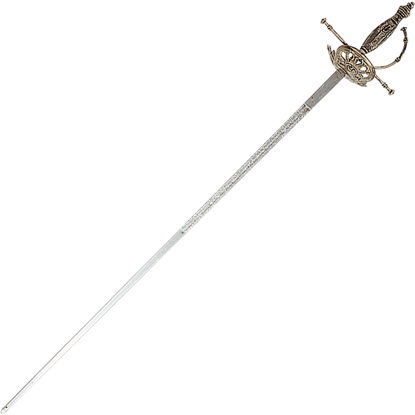 Item # ME-0139
Replicating the extraordinary styling of 17th century Italian rapiers, the Decorative Italian Sword embodies the appearance of a sword that likely would have been carried by a gentleman for the sole purpose of dueling.
$45.00 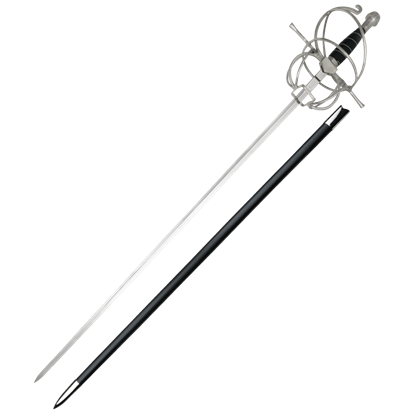 Item # MC-KS-5918
Predecessor to modern fencing weapons as we know them, the Rapier is the progenitor of a line of swords that emphasize precision, agility, technique, and a counter-and-thrust style that has become the sport of fencing.
$125.00 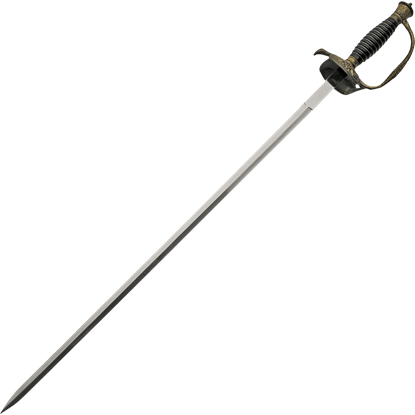 Item # ZS-926924
The Freemasons are one of the most intriguing societies in existence, their history clouded with questions and conspiracies. You can bring the mystique of this ancient organization into your home with the Masonic Small Sword.
$64.00 $57.75 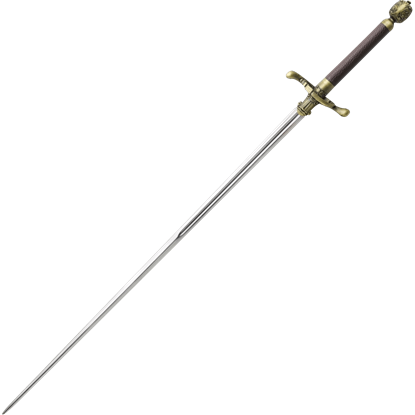 Needle the Sword of Arya Stark

Item # Game-21
Contrary to her age and size, Arya Stark has a fierce warrior spirit and innate survival skills. Given to her by her brother Jon Snow, Needle the Sword of Arya Stark is perfect for fans of the younger and more fiesty Stark daughter.
$190.00 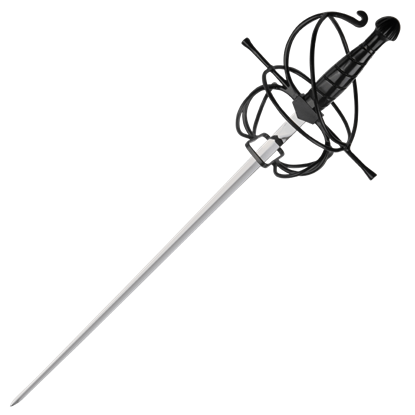 Item # MC-KS-5918RD
Precision, agility, and technique are all three things that the rapier emphasizes, thanks to its narrow blade. This Red Wire Hilt Rapier recreates the look of a historic sword that gradually changed the way men fought with blades.
$125.00 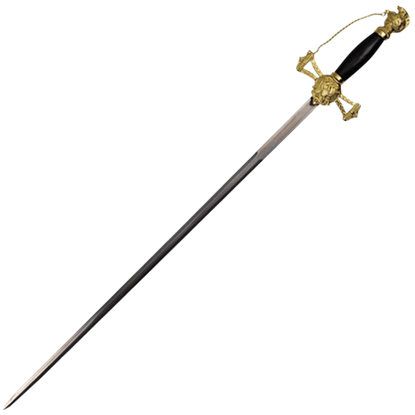 Item # NP-L-894-GD-BK
Inspired by the noble Templars of the medieval era, the Saint John Gold and Black Crusader Small Sword is a beautifully detailed decorative weapon. Made of 440 stainless steel, the narrow blade is followed by a black and golden tone hilt.
$67.90 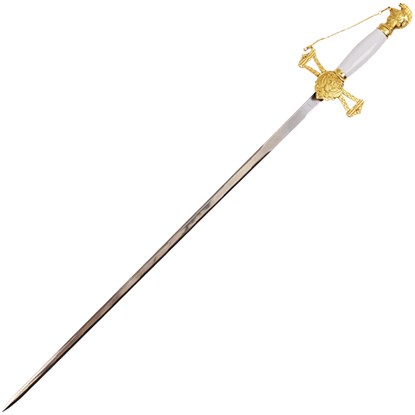 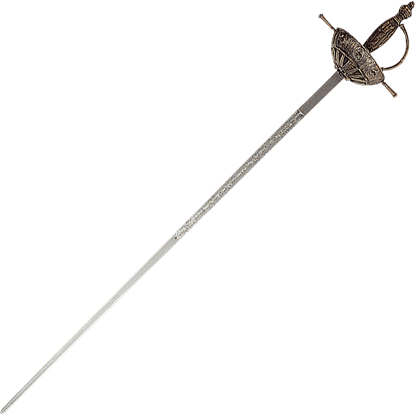 Item # ME-0136
Gorgeously designed in the appearance of a 17th century Spanish side sword, the Spanish Cup Hilted Sword displays a spectacular Renaissance era styling that is excellent for expressing your love of this historical period.
$45.00