A British sci-fi series that has gained cult status in pop culture, Doctor Who shares the many adventures of a rogue Time Lord called the Doctor as he travels through time and space in his TARDIS along with various human companions. Regenerating whenever he receives a mortal wound, the Doctor takes on a new appearance and personality with each incarnation, allowing multiple actors to take on the role. Originally on air from 1963 to 1989, the television show gained new popularity with its relaunch in 2005. We offer a fantastic selection of Doctor Who merchandise from the original and reboot series. Our Doctor Who t-shirts, Doctor Who drinkware, and other Doctor Who collectibles make it easy to show off your love for the Doctor. Many pieces display the iconic blue police box form of his TARDIS as well as classic villains like the Cybermen and Daleks. Take a moment to browse and you are sure to see something that catches your eye!
View Compare List
Sort by 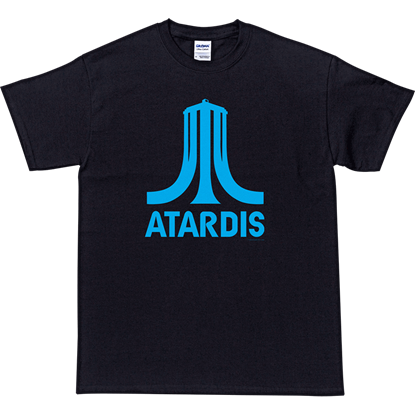 Item # BD-1002
In a simple and clever design, the Atardis T-Shirt smoothly blends together the symbol of the old school gaming system, Atari, and the time traveling machine from the hit television show Doctor Who, the tardis.
$15.50 $10.85 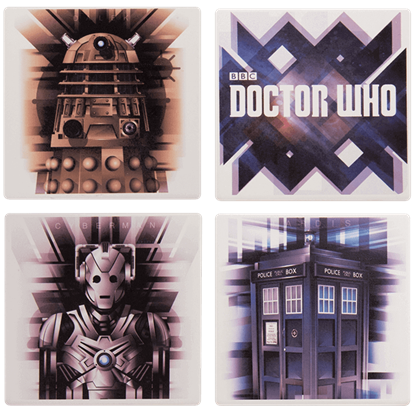 Item # VP-16085
Keep your table clean while you show off your fan allegiance. This Doctor Who 4 Piece Ceramic Coaster Set adds some fun to your home decor with Art Deco stylized designs of a Dalek, a Cyberman, the TARDIS, and the Doctor Who logo.
$19.00 $17.10 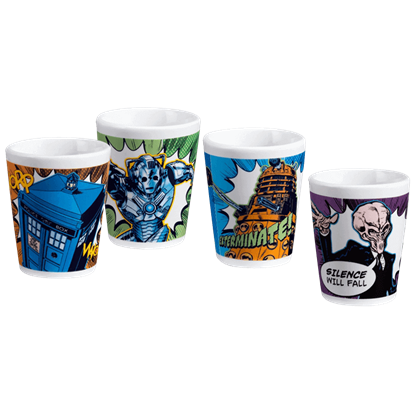 Item # VP-16018
The perfect way to display your love for the classic show about a time-traveling alien and his iconic blue police box, the Doctor Who 4 Piece Shot Glass Set includes mini glasses showing various noteworthy characters and designs.
$16.00 $14.40 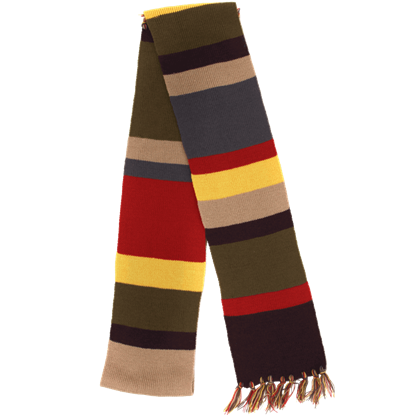 Item # LU-444331
Worn by Tom Baker during his time as the inimitable Doctor Who, his iconic scarf was more than just a cold weather accessory but a staple instrument in his world-saving arsenal. Get the look with the Doctor Who 4th Doctor Scarf.
$19.95 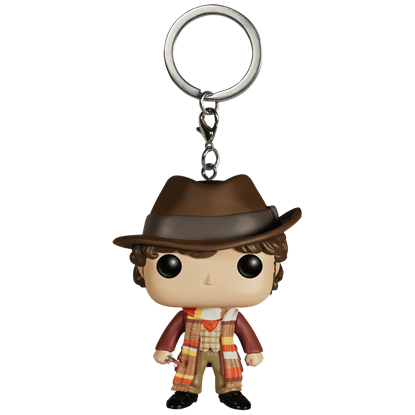 Item # FK-4994
Having played the character for seven years straight, Tom Baker holds the title of the longest-running incarnation of the Doctor of all time. The iconic Doctor is depicted in this adorable Doctor Who Fourth Doctor Pocket POP Keychain.
$6.50 $5.85 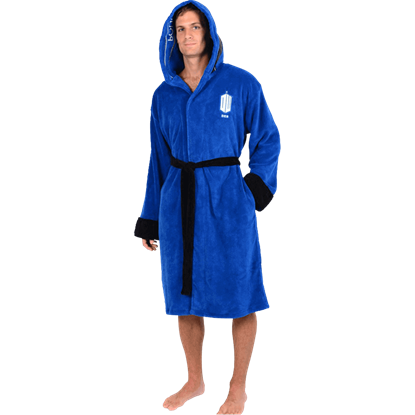 Item # RB-11375
Standing for Time And Relative Dimension In Space, the TARDIS is one of the most iconic symbols of Doctor Who. The Doctor Who Police Box Robe allows you to adopt the look of the time machine that takes the Doctor on his adventures.
$56.00 $50.40 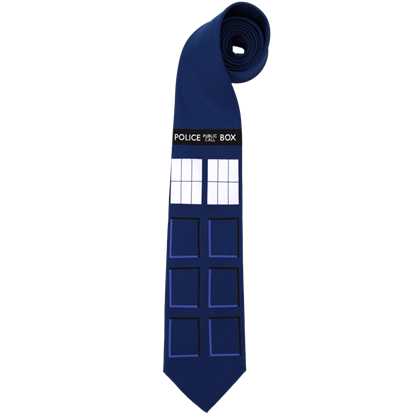 Item # LU-444381
If you must wear a necktie, select one that declares your love for Time Lord shenanigans. Featuring a police box design, this Doctor Who TARDIS Necktie is perfectly classy and appropriate for weddings, social galas, and bar mitzvahs.
$10.95 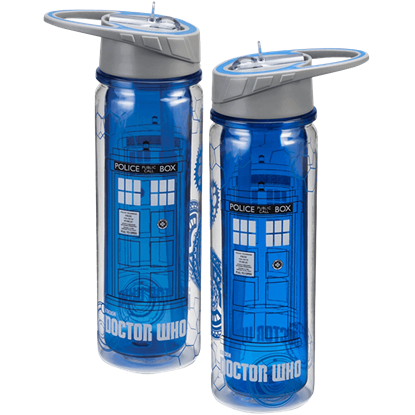 Item # VP-16075
Bring the Doctor Who TARDIS Tritan Water Bottle with you any time you are on the go to show off your love of the show! This collectible water bottle is great for staying hydrated when hitting the gym or running errands.
$15.00 $13.50 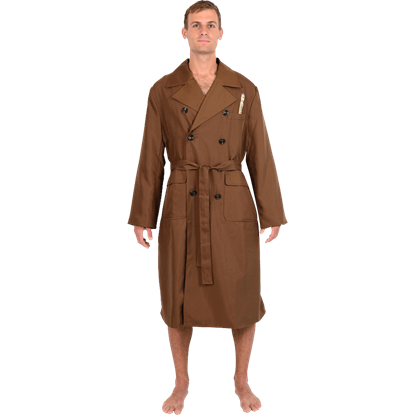 Item # RB-10111
You can look a little bit foxy by dressing up like the Tenth Doctor from the popular BBC series, Doctor Who! The Doctor Who Tenth Doctor Trench Coat Robe mimics the apparel worn by David Tennant during his tenure as the Doctor.
$60.00 $51.00 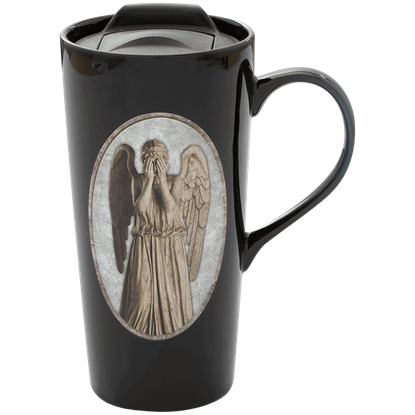 Item # VP-54812
Dont Blink! This Doctor Who Weeping Angel Heat Reactive Travel Mug displays this dire warning that changes to an image of a predatory Weeping Angel reaching out with sharp claws and fangs when the mug is filled with a hot liquid.
$16.50 $14.85