We carry many unique Scottish and Celtic daggers inspired by different historical blades. The Scottish dirk is one of the most well-known Scottish daggers, descending from the medieval ballock dagger. This Highlander dagger, wielded by various regiments, had a heavy blade that was thick at the back and a single edge that was tapered uniformly from hilt to point. Another common historical dagger was the sgian dubh, which was originally kept as a concealed weapon in a boot and could double as an eating utensil. Over time, these Scottish blades have gained prominence as ceremonial daggers with gemstones set into the pommels and intricate ornamentation. These Scottish and Celtic knives make excellent collectibles, though many of them can also serve as functional daggers, as well.
View Compare List
Sort by 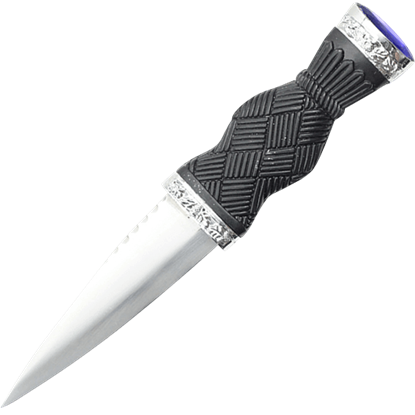 Item # NP-H-112-PBL
Collectors, reenactors, and any other appreciators of Scottish culture should not be without the iconic weapon of traditional Scottish dress. The Blue Gem Cross-Hatch Sgian Dubh is a beautiful take on the classic Highlander dagger.
$8.50 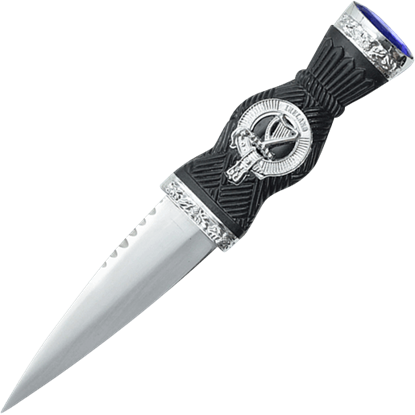 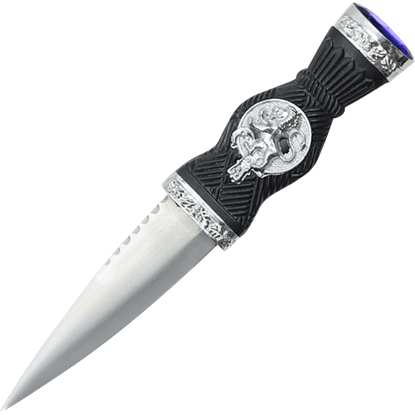 Item # NP-H-112-LNBL
Featuring a rampant lion inspired by the one seen on the Royal Banner of Scotland, the Blue Gem Lion Sgian Dubh is a fantastic replica dagger for reenactment, display, or even gifting. The flat pommel displays an inset blue gemstone.
$8.50 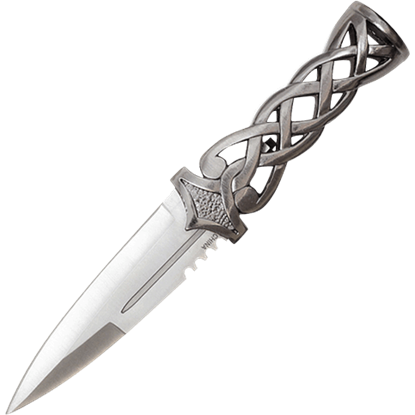 Item # NP-H-111-BL
The Blue Gem Scottish Fantasy Dirk takes an elegant and regal approach to traditional Scottish weaponry. This Highlander replica dagger is made of stainless steel throughout with a beautiful blue gemstone set within its flat pommel.
$20.50 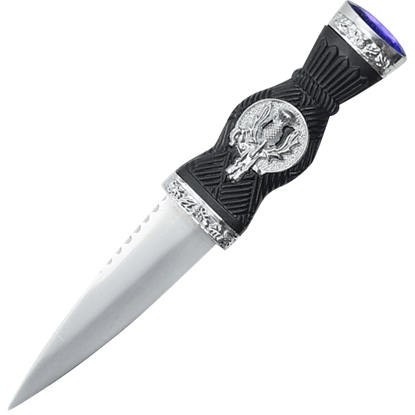 Item # NP-H-112-LFBL
Scottish folklore tells of the importance of the thistle, and to this day it decorates crests and coats of arms. In homage to Scottish history, the Blue Gem Thistle Sgian Dubh sports a silvery Scottish thistle emblem upon its handle.
$8.50 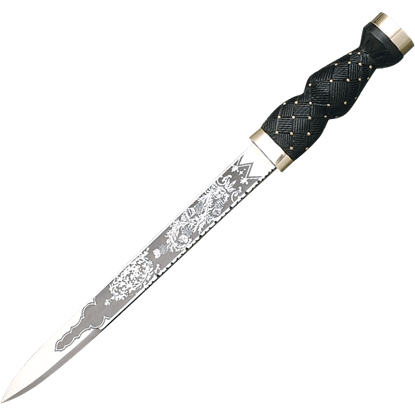 Item # 400806
This 11.75 inch long dirk showcases crisp etchings of the traditional Scottish foliage and thistle motif on both sides of the blade. A 5 inch long false edge and a knurled pattern on the blade back mark this dirk with distinction.
$110.00 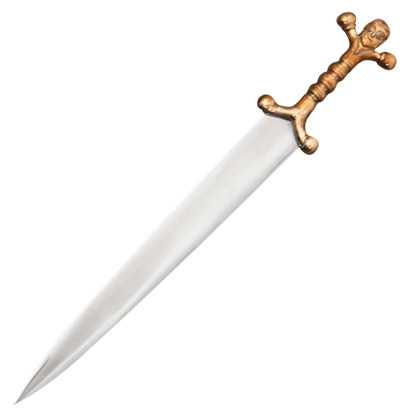 Item # AH-4326
A personal weapon should be unique and distinctive, and few can offer such a trait as well as this Bronze Head Celtic Dagger. The appeal derives from the hilt, which, cast in bronze, is shaped like a man, complete with a head pommel.
$108.00 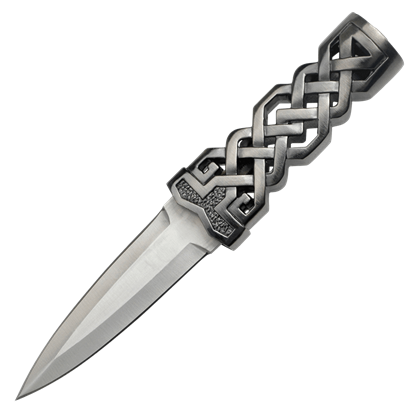 Item # MC-FM-645
It is usually the little blades you have to look out for. In the case of this Celtic Boot Blade, that is doubly true, not because this dagger is dangerous, but because its stunning design is one that you will not want to miss seeing.
$24.00 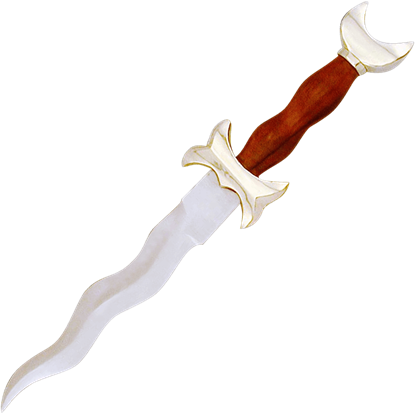 Item # ED2203
This magnificent Celtic Flame dagger has magical Celt appeal! Each flame like blade of steel is individually and masterfully forged by hand and comes with its own leather sheath which is made individually to fit each kris blade.
$122.75 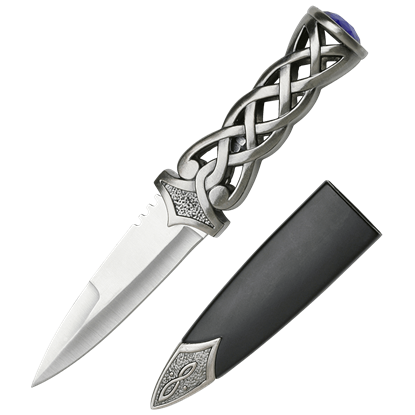 Item # MC-HK-26136
Sometimes a classic historical item is brought into the modern era with a twist that not only gives the item a newer look but creates an entirely new item. Such is the example with the Celtic Sgain Dubh.
$20.00 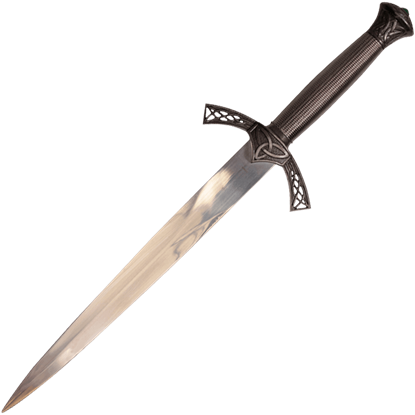 Item # NP-H-5939
Grab your favorite Celtic outfit and head on down to your local Ren Fair to show off your new Celtic Triquetra Dagger! This lightly adorned blade sports an old-world appearance, thanks to its medieval Celtic design and decoration!
$18.50

Item # ZS-211166
With gorgeous, pewter-finished Celtic knotwork throughout its historically-inspired design, the Cross Pommel Celtic Dagger is an excellent decorative dagger to add to weapon collections, medieval outfits, or even themed displays.
$15.90 $14.31