Perfect for a lazy weekend or watching a space opera movie marathon, we carry a growing assortment of Star Wars loungewear and other apparel inspired by characters from the Star Wars franchise. Embrace the teachings of the Grand Master of the Jedi Order when you wear the Star Wars Yoda Jedi Master Robe. Relax in a design inspired by the Ultimate Weapon when you slip into the Star War Death Star Pattern Robe. Reenact duels between Darth Vader and Obi-Wan Kenobi when you and a friend don robes from opposing factions. If you are inspired by the resourceful Alderaan senator, choose between cozy fleece or sleek satin with our Princess Leia robes. We also have jumpsuits inspired by iconic characters from the films. Dress as one of the elite soldiers of the Galactic Empire in the Stormtrooper Casual Jumpsuit, which makes a great costume or pajamas. Fans of the Mandalorian bounty hunter can relax in the Boba Fett Casual Jumpsuit. Keep checking back, as we add new styles to our Star War other apparel section as they become available.
View Compare List
Sort by 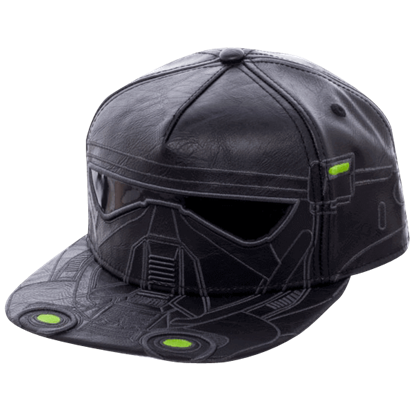 Item # BM-0329
The Death Troopers are the Imperial Intelligence arm of the Galactic Empire. Their primary goal is to defeat the Rebel Alliance. The Rogue One Death Trooper Snapback makes an excellent gift for any fan of the Star Wars franchise.
$25.00 $22.50 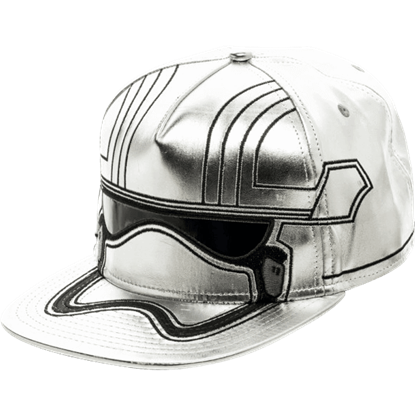 Item # BM-0230
One of the villains of the First Order, Captain Phasma serves the Supreme Leader alongside Kylo Ren and General Hux. The Star Wars Captain Phasma Snapback Hat displays a design inspired by the chromium armor worn by the captain.
$25.00 $22.50 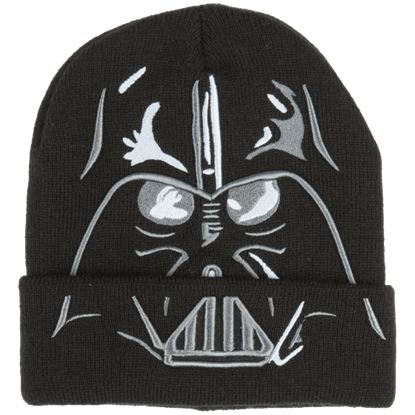 Item # BM-0404
Without a doubt, Darth Vader is the most iconic villain in the Star Wars franchise. His sleek black armour and mostly robotic body make him a cold, evil character, but the Star Wars Darth Vader Cuff Beanie will keep you warm!
$17.00 $15.30 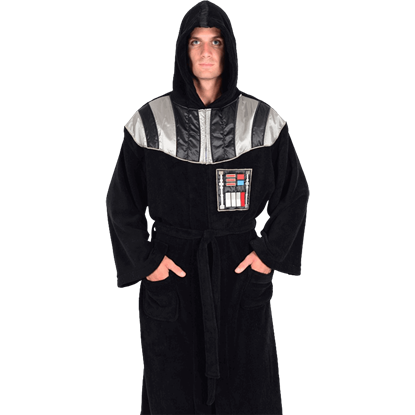 Item # RB-10119
Much of the intimidation factor associated with Darth Vader comes from the iconic armored suit he wears. The Star Wars Hooded Darth Vader Robe allows you to adopt his look in your downtime with its excellent Sith Lord style.
$60.00 $51.00 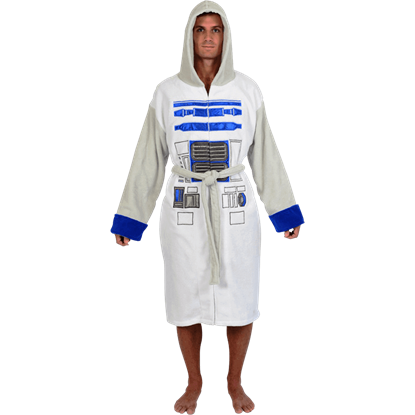 Item # RB-11788
You can now dress up like your favorite warbling astromech droid in your downtime with the Star Wars R2D2 Robe! This fleece robe has been embroidered with gray and blue designs along the front that mimic the look of Artoo.
$50.00 $42.50 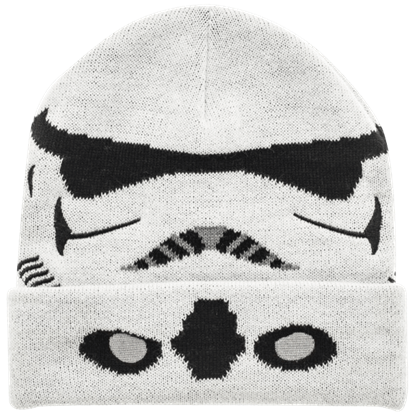 Item # BM-0403
The Imperial Stormtrooper is the foot soldier of the evil Galactic Empire from the original Star Wars trilogy. The Star Wars Stormtrooper Cuff Beanie depicts the helmet of these white and black armoured imperial clone troopers.
$17.00 $15.30