Currency has always made the world go round: this fact has barely changed since the dawn of time. We are offering you a wide assortment of fantastic coins, each one designed from the early eras of Greek history. These Greek coins are meticulously made and wonderful in form: they feature hallmarks of the once-great Greek societies that would have used these coins as well as featuring a craftsmanship that makes them look less like replications and more like restored historical works. Among their number, you'll find coins such as the stater and the didrachm: two coins that were well-used and well-known throughout all of ancient Greece. Even better, they aren't just collectors pieces; these Greek coins are fantastic for whatever use might be had for them: they are great for collectors, fantastic as little gifts for children of appropriate age, and serve as a functional, if fictional, form of currency for gamers and history groups. These Greek coins and their informational pamphlets are very interesting, and very functional, so pick them up today.
View Compare List
Sort by 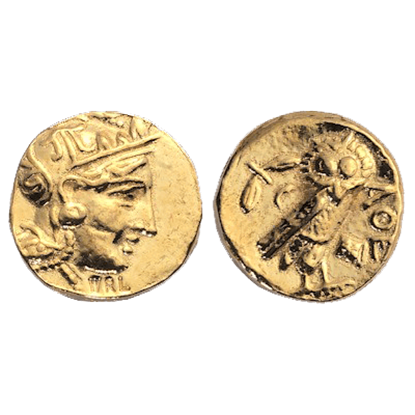 Item # WR-ASCOIN
This reproduction Athens Gold Stater coin depicts Athena wearing a helmet on the obverse and an owl on the reverse. These Athens Gold Stater Replica Coins come 10 coins in a pack, so you can fill your coin purse.
$29.00 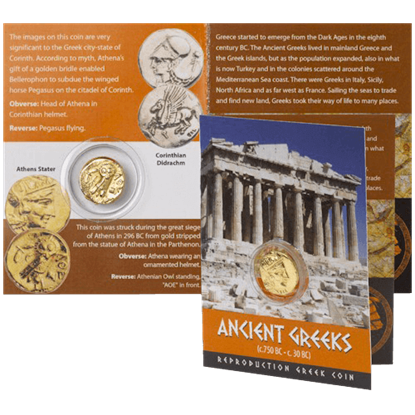 Item # WR-GCP1
The images on this reproduction Athens Greek Coin are very significant to the Greek city-state of Athens. The coin is held in a clear plastic blister and is supplied in full color pamphlet packaging, complete with historical information.
$5.50 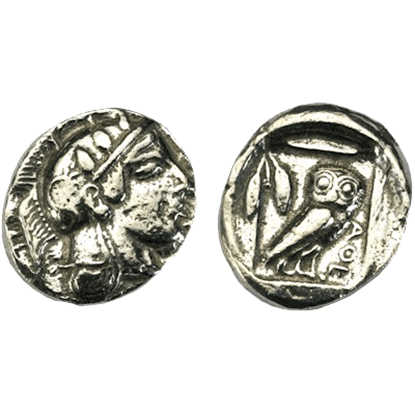 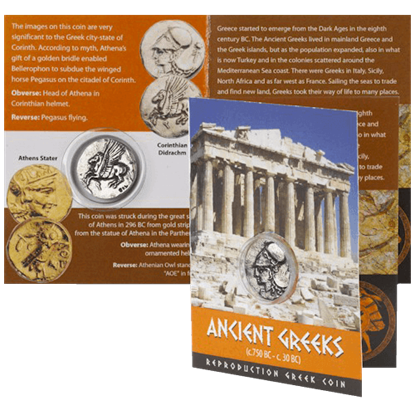 Item # WR-GCP2
The images on this reproduction Corinthian Didrachm coin are significant to the Greek city-state of Corinth. According to myth, Athenas gift of a golden bridal enabled Bellerophon to subdue the Pegasus on the citadel of Corinth.
$5.50 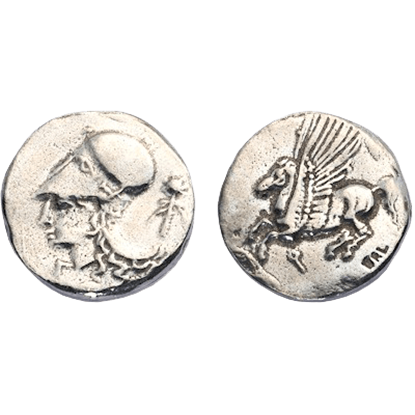 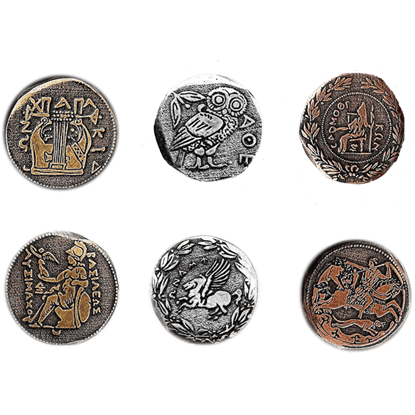 Item # DL-1006
Whether your tabletop campaign sees you as an Athenian waging war with Sparta or as a philosopher sitting around a table discussing life over mugs of hemlock, you need the right props. Bring your game to life with the Greek Coin Set.
$28.50 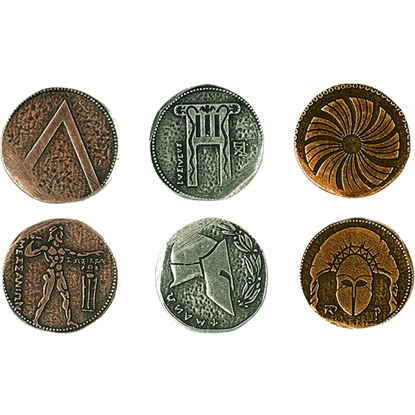 Item # DL-1012
You are among the fiercest warriors who have ever walked the Earth, but half of every conquest is seizing the economy. Establish dominance over your tabletop gaming session when you put the Spartan Coin Set into circulation.
$28.50