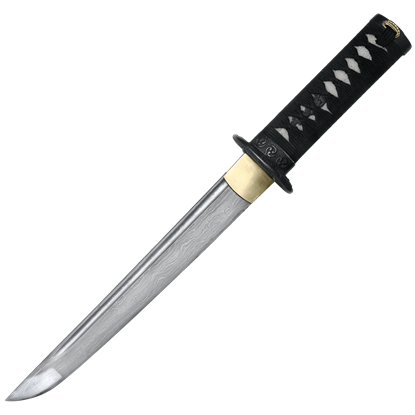 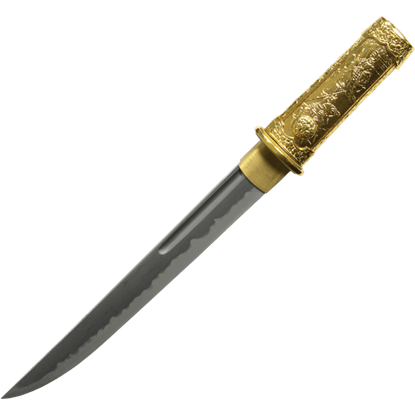 Item # SH1212
Bushido, or Way of the Warrior, defines the code of conduct an honorable Samurai must follow. Much more than the western ideal of chivalry Bushido is a way of life. The koshirae of our Bushido set features various samurai battle scenes.
$700.00 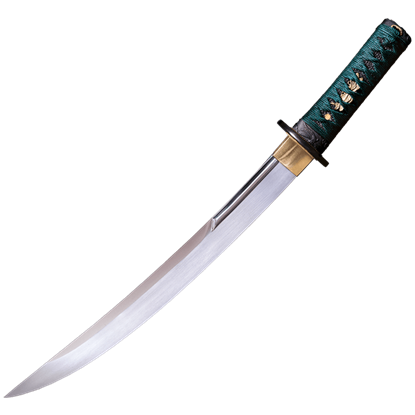 Item # 07-88DT
The craftsmanship of traditional Japanese blades has been celebrated for centuries. Enjoy the elegance and strength of the historic tanto of the samurai with the Dragonfly Tanto, skillfully designed for the modern day warrior.
$550.00 $440.00 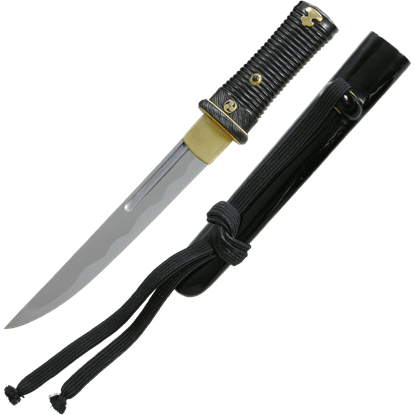 Item # SH5022
The furniture of each piece in the Great Wave Set displays the renowned Tomoe motif used frequently for family crests and shrine decoration. The tsuba, fuchi, and kashira are made of blackened iron and feature the Tomoe crest (mon).
$525.00 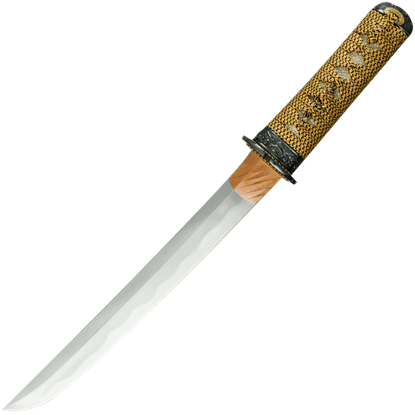 Item # SC4044
Situated within the folds of his obi sash, the emperor displays his beloved knife, the Imperial Tanto. Adorned in gold and the royal insignia, this incredible piece displays his honor and authority in stunning detail and design.
$999.00 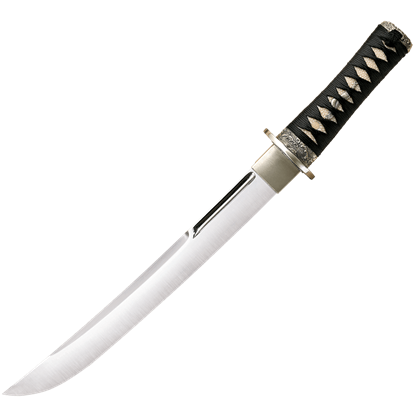 Item # 07-88T
The fittings of the Imperial Tanto are expertly made to give it the finest look possible, and its modern carbon steel blade is heat treated to a spring temper, making this gorgeous replica tanto a functional, battle-ready weapon.
$530.00 $424.00 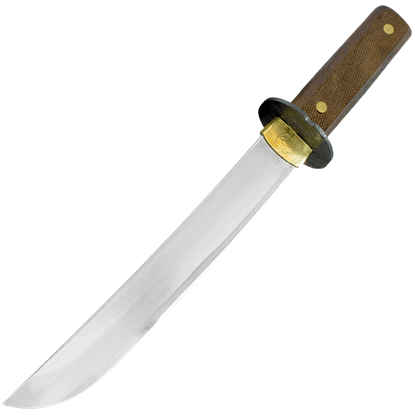 Item # BK-CTK1011775HC
Featuring a full tang blade made of 1075 high carbon steel, the Kondoru Tanto is a terrific addition to any personal armory. This fixed blade knife is a beautiful interpretation of the classic Japanese sword worn by Samurai.
$230.00 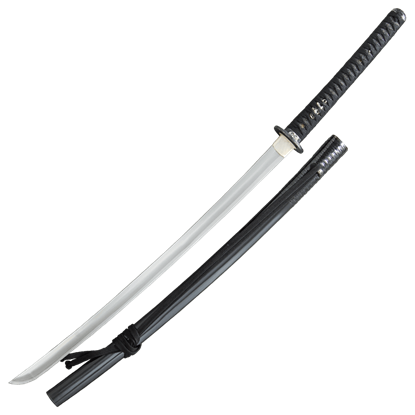 Item # SH6018KLG
The Oni are mythical creatures from Japanese folklore similar to western demons or trolls. In modern culture they are beginning to move away from this menacing connotation into the role of guardian or protector, similar to gargoyles.
$1,800.00 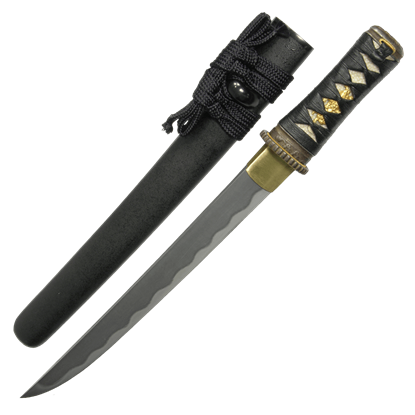 Item # SH2259
The Practical Plus Tanto (SH2259) matches our Practical Plus Katana (SH2073) and Wakizashi (SH2118). The blade is hand-forged high-carbon steel and differentially hardened using a traditional claying method with a medium (chu) kissaki.
$265.00 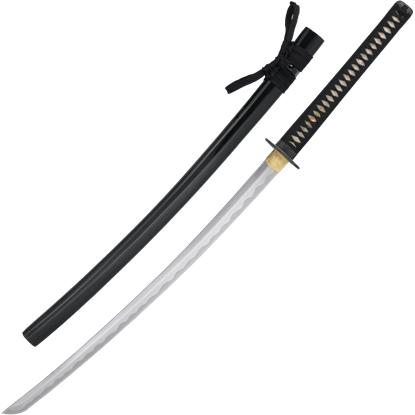 Item # SH6009KPG
The Practical Pro Elite Katana has an extended tsuka and a longer 29 inch Performance Series blade with a finer polish. The blade is forged in high-carbon steel and differentially hardened using the traditional claying method.
$720.00 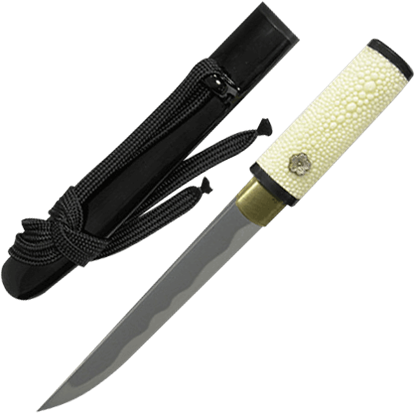 Item # SH2254
Though the tanto has made its way into modern tactical knives, its origins began in the Heian period of feudal Japan. This Practical Tanto Knife is an eye catching short blade sword, ideal to be worn by an honorable samurai.
$150.00 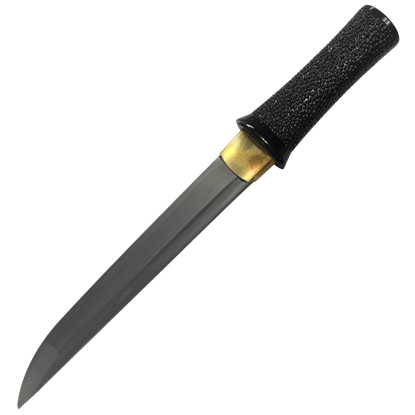 Item # MC-RY-3204B
A traditional Japanese blade design, the tanto was originally made as a stabbing, slashing, and armor-piercing weapon. The Purple Cord Damascus Oriental Tanto makes a great option for anyone wanting a top notch blade.
$80.00