A cult phenomenon that has influenced decades of science fiction media as well as actual technological inventions, Star Trek began as an adventure drama staged in space. Show creator Gene Roddenberry used the series to explore current day issues such as racism, imperialism, sexism, and human rights while showing the potential positive growth of humanity in the future, making Star Trek one of the most progressive shows of its era. Here we carry a great selection of Star Trek merchandise that allows you to show your love of the original series and its many spinoffs. In addition to Star Trek t-shirts and apparel, our inventory includes Star Trek collectibles like clocks, coasters, wall signs, lunchboxes, drinkware, magnets, and much more. Many of these pieces feature iconic characters like Captain Kirk and Spock, as well as the unforgettable starship Enterprise. Be sure to check back regularly to see our latest additions!
View Compare List
Sort by 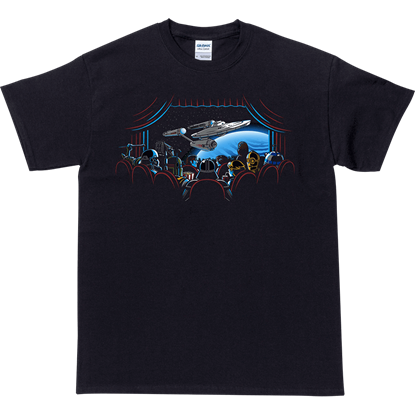 Item # BD-1034
Displaying the widespread love of classic Star Trek, the Movie Watchers T-Shirt is designed with an image of a movie theater which is housing a host of Star Wars characters as they watch the adventures of the USS Enterprise crew.
$15.50 $10.85

Item # AT-81452BT4
The starship draws near a planet in an unexplored galaxy. New life forms and civilizations await the crew of the USS Enterprise. Commemorate an exciting voyage into the final frontier with the Star Trek Classic Icons Button Set.
$5.00 $4.50 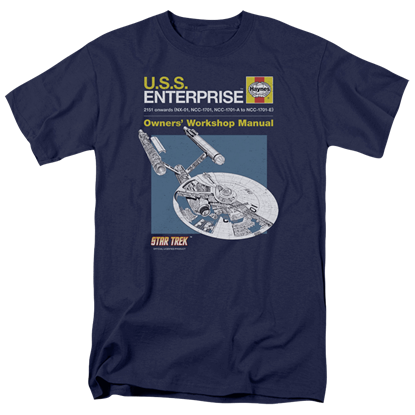 Item # ZB-2415
For forty years, the USS Enterprise took part in countless military engagements and time-travels as a vehicle for exploration and discovery. Pay homage to this starship in a unique way with the Star Trek Enterprise Manual T-Shirt.
$26.00 $23.40 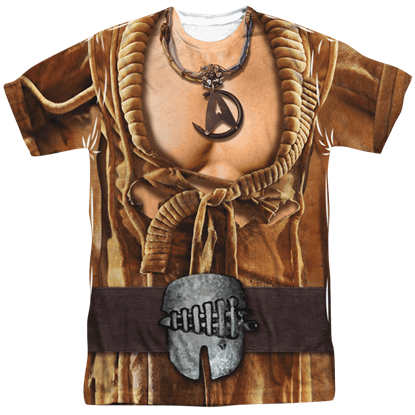 Item # ZB-2433
He is brilliant, ruthless, and he will not hesitate to kill every single one of you. Any fan of Star Trek can take on the persona of the most dangerous adversary the Enterprise ever faced with this Star Trek Khan Uniform T-Shirt!
$34.25 $30.83 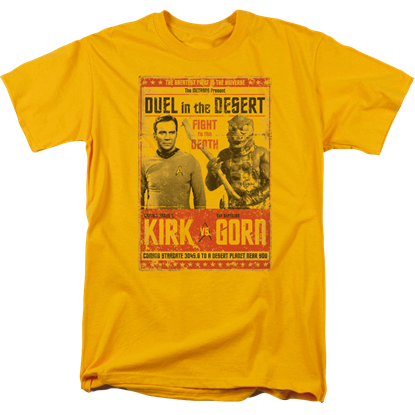 Item # ZB-2438
It is the showdown of the year 2267! With Captain Kirk in one corner and Gorn in the other, you can place your bets and let the battle begin! Add some science fiction fun to your wardrobe with this Star Trek Kirk vs. Gorn T-Shirt.
$26.00 $23.40 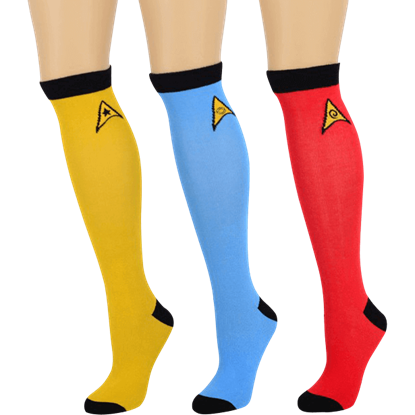 Item # RB-10036
The perfect footwear for Uhura, Janice Rand, Nurse Chapel, and all of the other great ladies of Starfleet, the Star Trek Ladies Knee High Socks 3 Pack lets fans join the crew with a trio of colorful knee socks in TOS style.
$20.00 $17.00

Item # AT-81451BT4
Catchy phrases are the evidence of an unforgettable series. Consider the familiar faces that come to mind when reading these lines. The Star Trek Legendary Quotes Button Set contains timeless quotes from unforgettable characters.
$5.00 $4.50 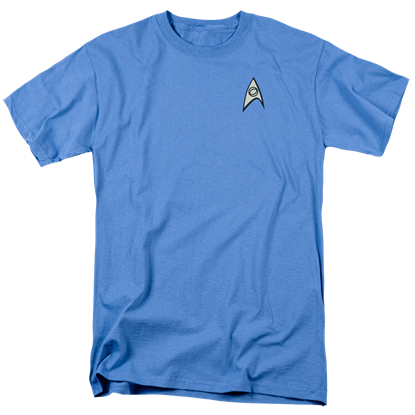 Item # ZB-2441
Displaying the blue color and unique insignia worn by iconic characters like Spock, this Star Trek Science Uniform T-Shirt is a wonderful way to point out your involvement in the Sciences division of Starfleet in your daily wear.
$26.00 $23.40 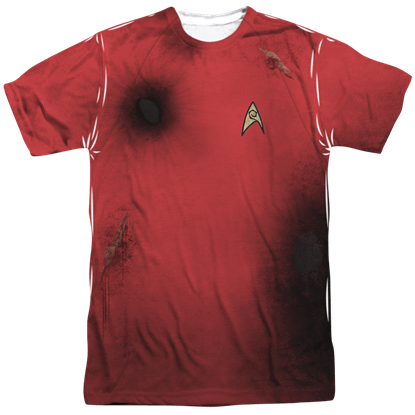 Item # ZB-2429
This Star Trek TOS Redshirt T-Shirt is a great way to show how much you love Star Trek! However, it may not be the best idea to wear this shirt in public places, near open water, or in the presence of anyone you deeply care about.
$34.25 $30.83

Item # AT-82075BT4
For decades, Starfleet Academy has produced the finest officers in the Federation. James T. Kirk is one such graduate that has earned legendary fame. Count yourself among its worthy alumni with the Starfleet Academy Button Set.
$5.00 $4.50 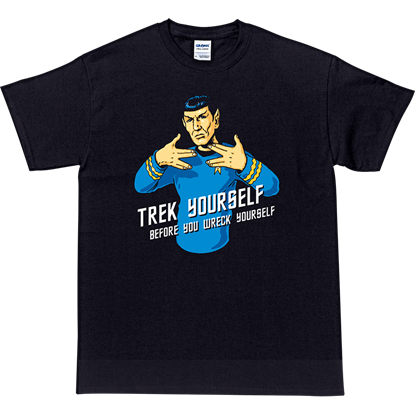 Item # BD-1045
In a comical parody of the early 90s rap song from Ice Cube, Check Yo Self, the Trek Yourself T-Shirt features an image of Spock, from the science fiction series Star Trek, looking like a thug and flashing his own brand of gang signs.
$15.50 $12.25