Greek soldiers often wore light armour during the height of the Hellenistic period, making them fast and fierce warriors in battle. The basic components of Greek armour were the front breastplate, backplate, bracers, and greaves. Most Grecian armour was made of bronze or brass. The Greeks wore muscle armour, which created the perception of impressive strength and fitness to intimidate their enemies. The Spartans, the most well-known group of Greek soldiers, were feared because their incredible skill in warfare and combat. Spartans have regained prominence in popular culture today thanks to the Frank Miller movie called 300, which was inspired by the Battle of Thermopylae between the Spartans and Persians. We carry an excellent selection of Greek-style armour in designs suitable for reenactments, LARPing, theatrical productions, and costuming. We offer Greek plate armour and Greek scale armour, ensuring that there are many fantastic pieces for history buffs and modern warriors to enjoy. 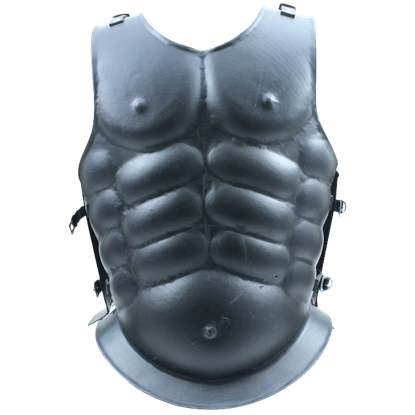 Item # NP-V-80704L
Muscle cuirasses were designed to display what the Greeks considered to be the height of physical perfection. This Black Steel Muscle Cuirass is a replication of the cuirasses that became popular throughout the 5th and 4th centuries.
$160.00 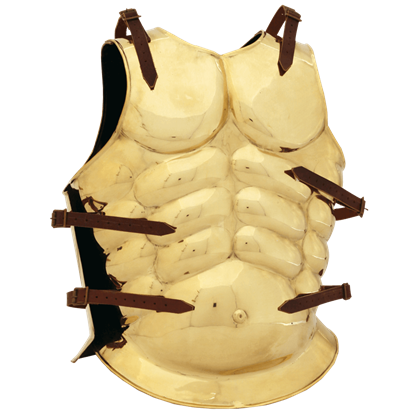 Item # AH-6071B
The muscle cuirass, known also as the heroic cuirass for its statuesque look, often features what the Greeks considered to be the height of physical perfection. The Brass Muscle Armour is a perfect example of this favored cuirass.
$468.00 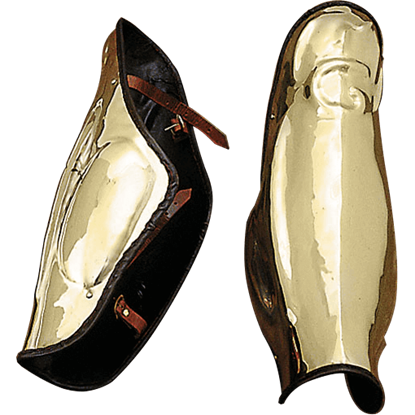 Item # AH-6121
A greave is a piece of armor that protects the leg. These Greek Archaic Brass Greaves are modeled after the simple, functional greaves that were favored by Greek hoplites, being folded metal that protect the front of the leg.
$288.00 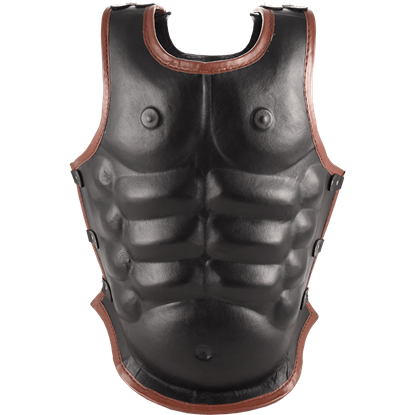 Item # HW-700180
When you march on the Persians, you want them to see you and feel fear. What better way to intimidate them than by wearing an armour that displays your physical prowess? For any hopeful hoplite, the Greek Leather Cuirass is just the thing.
$142.00 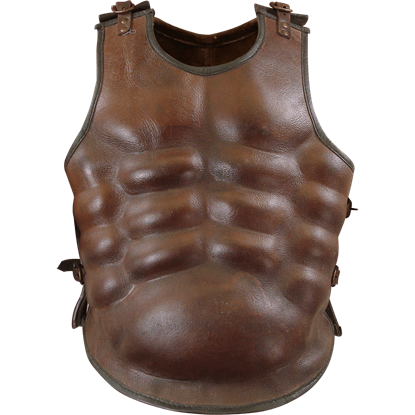 Item # AH-6071L
The muscle cuirass, known also as the heroic cuirass for its statuesque look, often features what the Greeks considered to be physical perfection. The Greek Leather Muscle Armour is a perfect example of this favored cuirass.
$261.00 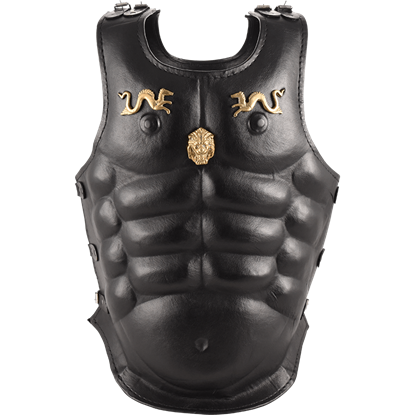 Item # HW-700181
If you hope to command the armies of Sparta, you need armour that distinguishes you from the rest and commands the respect of your forces. The Greek Muscle Cuirass is just the thing, its design offering both regality and protection.
$160.00 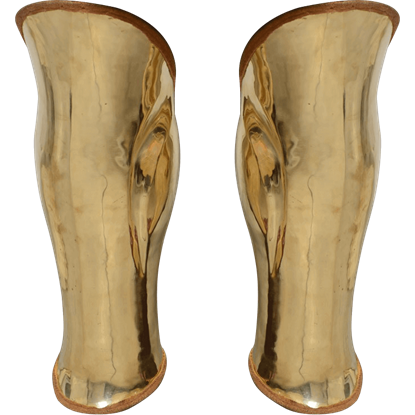 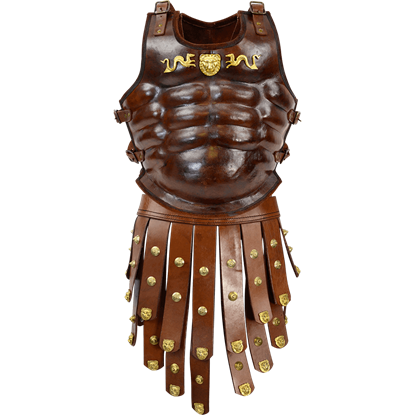 Item # AH-6071LR
The Greeks, and later the Romans, often idealized physical perfection, and nothing shows this as clearly as the Leather Royal Muscle Armour. This cuirass depicts a sculpted male torso in black leather, while featuring steel ornamentation.
$459.00 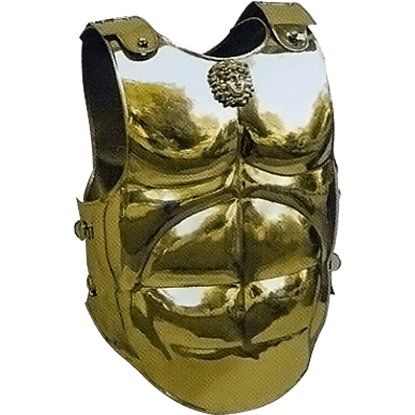 Item # AH-3875
The Muscle Cuirass is an example of classic Greek armour that would have been favored by any Greek warrior going into battle. The sculpted look of the armour was not only highly effective, but it also enhanced a warriors appearance.
$360.00 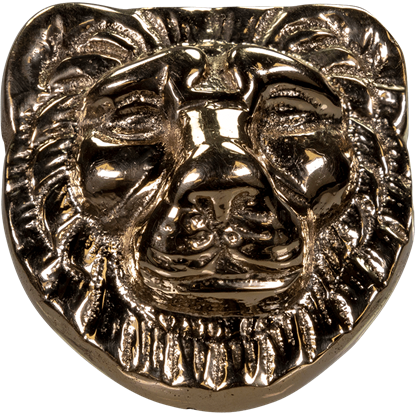 Item # HW-700795
The Nemean lion was known for its impenetrable golden fur that no mortal weapon could pierce. Remember the legend and power of this Greek mythology monster when you affix the Nemean Lion Brass Accent to your historical Greek outfit.
$9.00 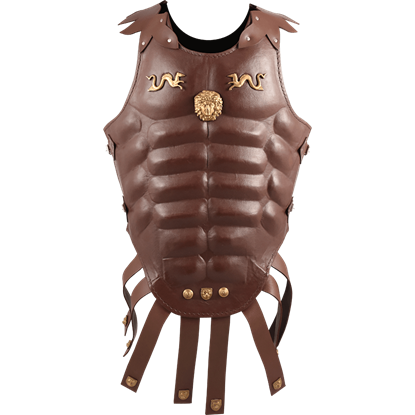 Item # HW-700179
A Spartan warrior knows no fear, but that does not mean they should charge into battle without adequate protection. The Royal Greek Muscle Cuirass is just the thing for any Spartan king hoping to raise morale among the hoplites!
$206.00 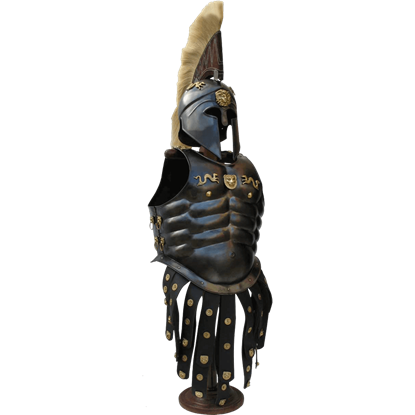 Item # ED8170
An exquisitely crafted set of armour reviving the grandeur and attention to detail of noble ancient armours! Each Royal Muscle Armour cuirass has its own attached, sectioned black leather skirted front.
$758.25