Nothing elevates your gothic look like one of the mens gothic vests offered here at Medieval Collectibles. We offer a wide selection of pieces that suit modern formal gothic attire and mens period gothic ensembles. An ornate brocade waistcoat makes a fabulous addition to mens gothic dresswear, and one of our classic striped vests looks stunning as part of a gothic three-piece suit. Our mens gothic shaper vests create a slimming effect for those who want a trim silhouette, as well. Add a modern twist with one of our spiked vests or black leather vests for a dapper gothic ensemble. No matter what look you are going for, one of our gothic vests or gothic waistcoats is certain to give you the style you deserve!
View Compare List
Sort by 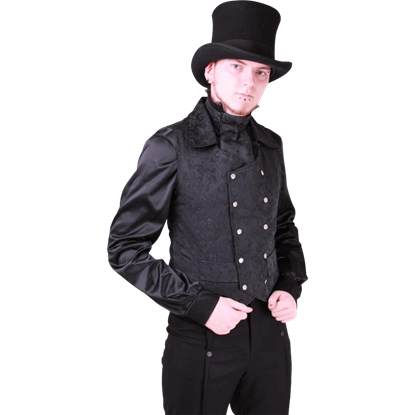 Item # PH-1167
This gorgeous mens waistcoat comes in a double-breasted style that is sure to look stunning with gothic or steampunk formalwear. The Ella Brocade Waistcoat is made from luxurious raised pattern brocade that feels great.
$67.75

Item # SL-00796
Finding gothic style for those formal occasions can be hectic. Your search is over with the Gothic Rock Four Button Waistcoat! With its elegant single-breasted design, this gothic vest is the excellent choice to spruce up your wardrobe.
$35.00

Item # SL-00797
Formal attire can be rather dull, especially for a dark gentleman. But how are you supposed to add gothic taste without it looking undignified for your beloved maiden? Your troubles are over with the Shadow Master Four Button Waistcoat!
$45.00 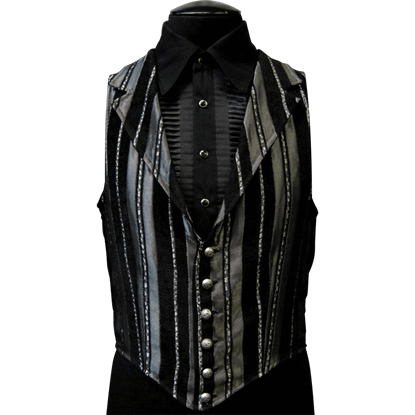 Item # SR-S247S
Vertical stripes in a piece of clothing help to create the impression of length and slimness, something that this vest does well. The Striped Victorian Aristocrat Vest displays suave style on its own or worn under a suit jacket.
$105.00 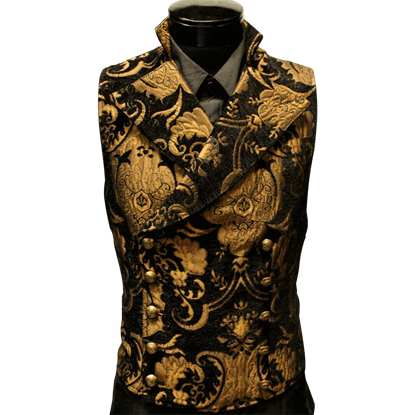 Item # SR-S265T
When you want to make a dramatic entrance that will catch every eye in the room, you should consider wearing the Tapestry Cavalier Vest. This vest flaunts your good taste with its refined stylishness and sophistication.
$145.00 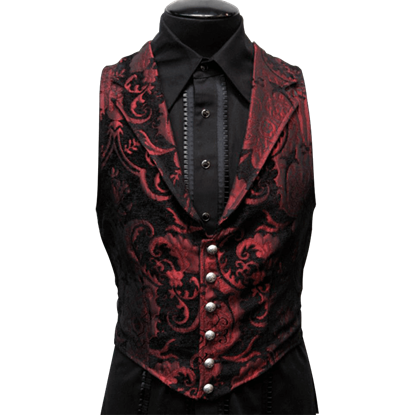 Item # SR-S247T
A vest adds the ideal element of sophistication to formal wear for men with its clean lines. The Tapestry Victorian Aristocrat Vest can be worn by itself or under a suit jacket to give your ensemble some class.
$105.00 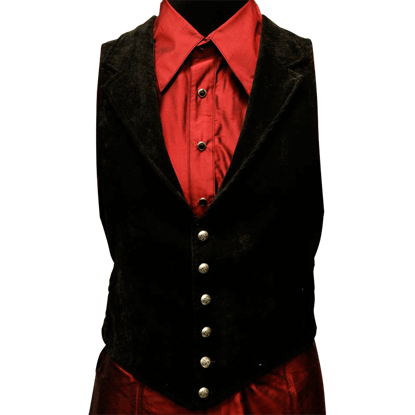 Item # SR-S247V
When striving to make a good impression at your next formal event, consider giving this vest a chance! The Velvet Victorian Aristocrat Vest can be worn by itself or under a suit jacket to give your ensemble some class.
$105.00 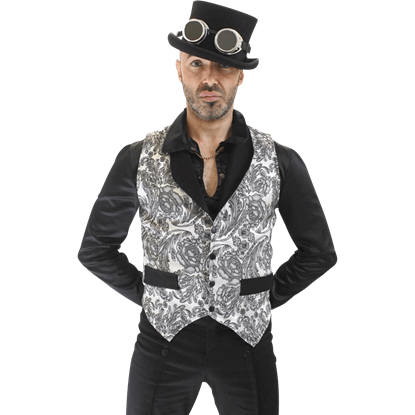