Medieval Halberds were effective weapons during the Medieval Era. Skilled soldiers on the ground could easily take down their opponents on horseback using halberds. Halberds have three parts that make up the head. There is the bladed for slicing through armour, the spike for thrusting and the hook for was used to take down armed opponents on horseback as they rode by, you could just snag them off. It was like three weapons in one. We have great line of functional Medieval halberds for your re-enacting needs, whether you participate in the SCA or Stage Combat. We also carry decorative halberds for theater productions, stage props or just like to collect and display them in your home.
View Compare List
Sort by 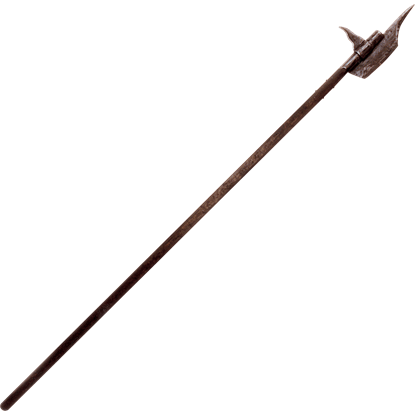 Item # ME-0116
Emulating the appearance of early polearms, the 12th Century Halberd with Spike is a full size replica halberd and a terrific decoration that brings a distinct medieval allure to the decor of wherever it is displayed.
$458.00 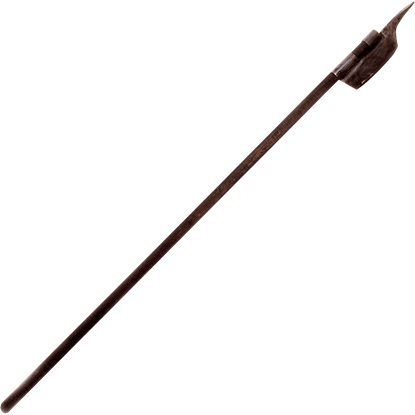 Item # ME-0117
Exquisitely designed in the fashion of 12th century polearms, the 12th Century Voulge is a spectacular home decoration that is sure to express your passion for history and allow viewers to experience a taste of medieval era style.
$458.00 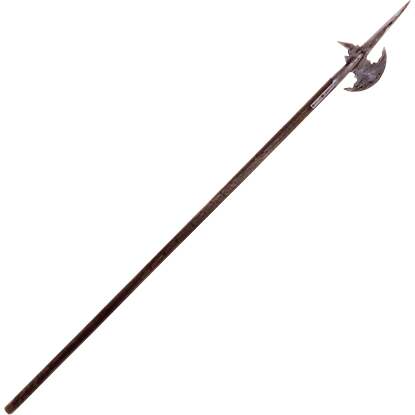 Item # ME-0113
Designed to authentically replicate the halberds used in medieval era Europe, the 14th Century European Halberd is a stunning full size decorative pole arm that is sure to capture the attention anyone fortunate enough to behold it.
$466.00 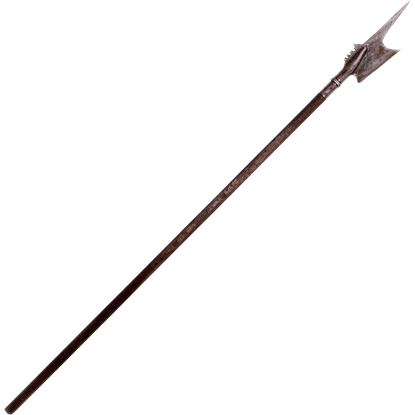 Item # ME-0114
In a remarkable emulation of medieval German weaponry, the 15th Century Gothic Halberd is a full size replica pole arm. It is a superb decoration, enhancing the ambiance of the room in which it is displayed with its historical appeal.
$466.00 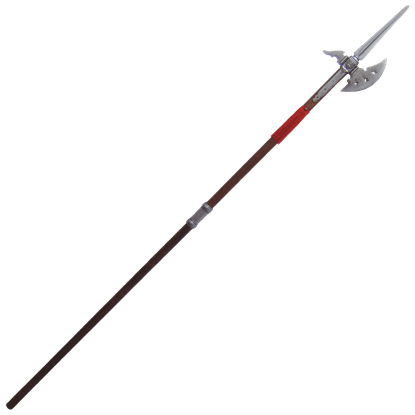 Item # XD637
The halberd was an effective weapon for a foot soldier against cavalry, and in skilled hands the weapon could dismount a knight. This replica of a 15th century Swiss halberd is ideal for role-playing or decorating your castle walls.
$94.00 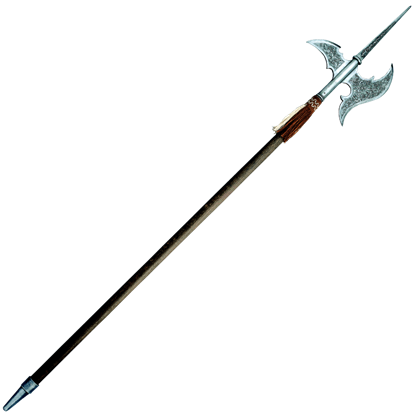 Item # MA-8503S
The halberd has been a staple in medieval warfare for years. The combined functions of an axe and a spear make this a deadly armament. This particular halberd, the 16th Century Spanish Halberd, by Marto, is a replica of one such design.
$197.00 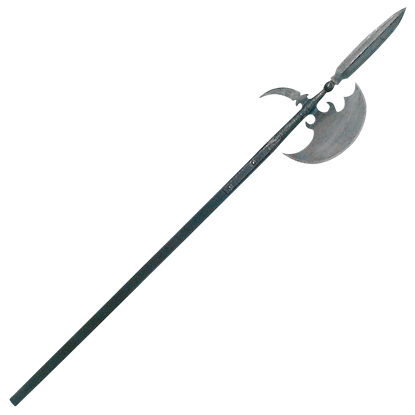 Item # ED2612
Authentics Halberds are hand-crafted with blackened heads. Each head is secured with hand pounded rivets on a rectangular shaved blackened and seared wood handle. This halberd has a rectangular pole for authenticity.
$341.25 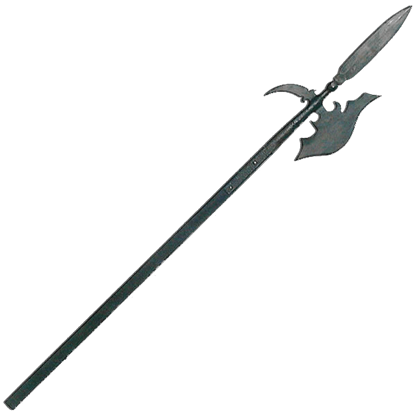 Item # ED2610
Authentics Halberd is hand-crafted with a blackened head. It is secured with hand pounded rivets on a rectangular, shaved, blackened, and seared wood handle. This functional halberd has a rectangular pole for authenticity.
$341.25 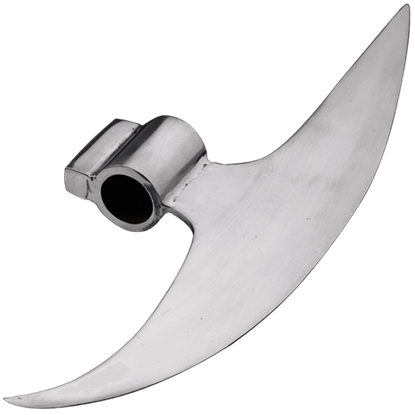 Item # MH-W0969
Create your own medieval weapon with the Bardiche Head. Great for the DIY inclined, this weapon component is ready for you to attach to a pole of your choosing. The bardiche was a popular weapon throughout historic Eastern Europe.
$48.00 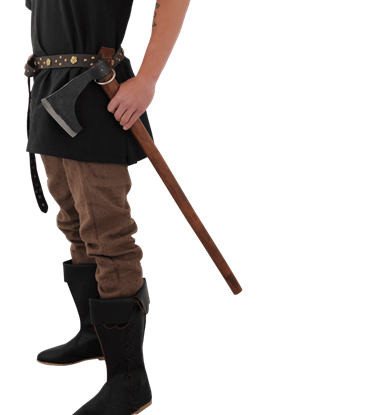 Item # XB2076
In the hands of a novice, an axe is a deadly tool, one that makes great use of brutality and simplicity. In the hands of a skilled warrior, a Bearded Axe like this simple specimen transforms into a truly deadly weapon of war.
$49.00 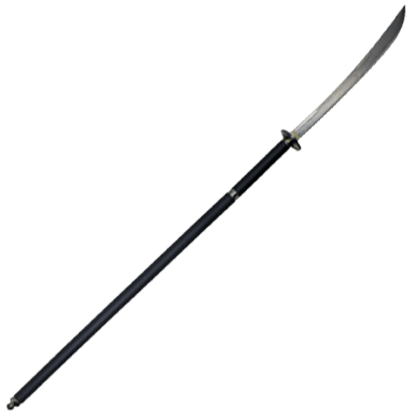 Item # NP-K-009
The naginata is the Japanese version of the pole arm. Weapons like this massive Broad Head Naginata with Dragon Sheath became favored among the samurai for their ability to dismount horseman and create space on the battlefield.
$61.50 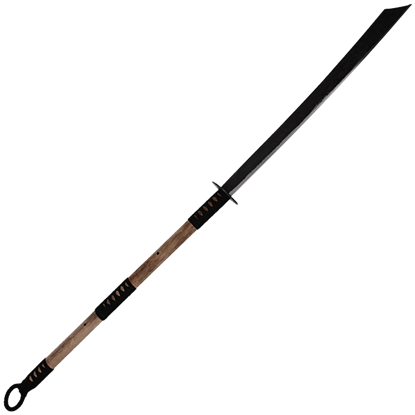 Item # NP-K-531
This Chinese Pudao is inspired by the weapon used by Chinese infantrymen against mounted attacks. These weapons were called horse cutters, due to the ability of their massive blades and long handles to cut down their adversaries.
$81.00