What's a pirate without a hat? Still a pirate, but probably an irate one, whose missing hat is likely still a sore issue that's best left unmentioned. If you're one of these hatless pirates, then don't despair. Just check out Medieval Collectibles, where you can browse our Pirate Hats section until you find just what you want! We carry all manner of pirate hats, ranging from the incredibly ornate to the classically simple, and each one of them is perfectly suited for any scallywag to wear whenever they're off sailing the high seas in search of pillage and plunder. Many (but not all) of our pirate hats are classic tricorn hats, which are commonly and famously associated with pirates, oftentimes being the hat of choice for such famous pirates as Captain Jack Sparrow and Captain James Hook. Other pirate hats are bicorn hats, while others still are bandanas, wraps, and head-ties, all of which featuring classic pirate style. Whether you're putting together a pirate costume for the first time or seeking a replacement hat (either to replace one already lost or just to preempt disaster), you can find virtually all the Pirate Hats you'll ever need or want here at Medieval Collectibles. Please note, however, that some pirates rank each other based on their hats, and that a grand hat might invite challenges from your own captain, or from other captains who think themselves your better.
View Compare List
Sort by 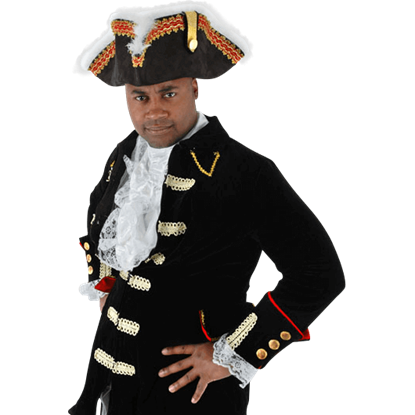 Item # LUA3464
In the ancient world, hats could, in a small way, be used to ascertain an individuals social status and personal power - the more ornate the hat the higher the rank. Wearing the Admiral's Tricorn Hat, you too will appear to have status.
$30.00

Item # LU-291131
Sometimes an ally, but often a nemesis to Jack Sparrow, Barbossa treacherously took the Black Pearl from Jack Sparrow in the first Pirates of the Caribbean film. The Barbossa Hat is based on his look from Dead Men Tell No Tales.
$32.95 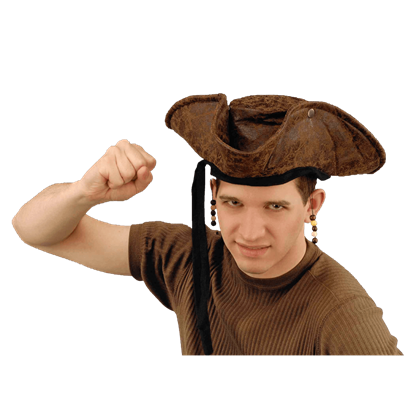 Item # FM-61210
There was not a dreaded scallywag on the seven seas that would not dare be caught without their hat. This Beaded Pirates Tricorn Hat is quite the impressive accessory, featuring everything a pirate could ever want in a hat and more.
$7.50 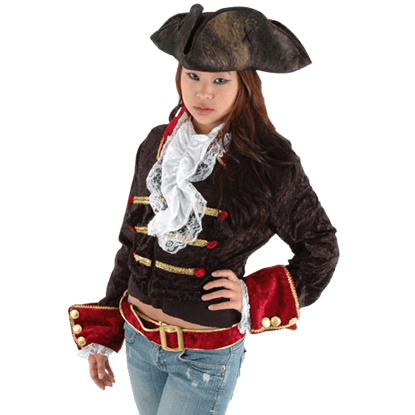 Black Tricorn with Wrap and Locks

Item # DG-10800
To arms, men, and show no quarter to these scurvy dogs, or you will be feasting with Davy Jones at the bottom of the sea! Your crew will toe the line when you stride across the deck wearing this Black Tricorn with Wrap and Locks.
$15.00 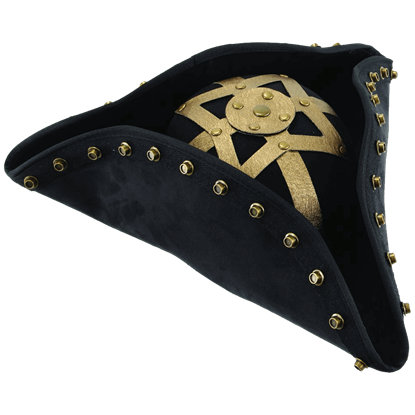 Item # LU42607
It is not hard to imagine a fearsome pirate like Blackbeard favoring an ornate hat. After all, in the old world, even a hat could be viewed as a symbol of status. So display your wealth and power by wearing the Blackbeard Pirate Hat.
$33.00 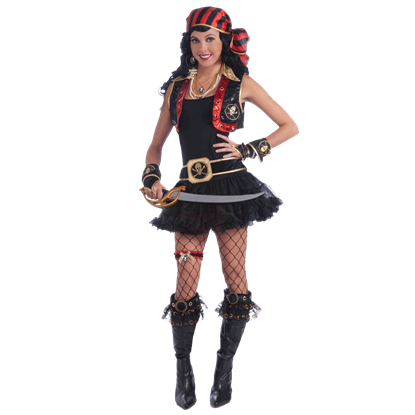 Item # FM-68653
Pirates often have to make difficult choices. Luckily, you do not have to choose between beauty and plunder, because with this Buccaneer Beauty Head Scarf, you can accent your good pirate looks and still get your treasure in the end.
$5.00 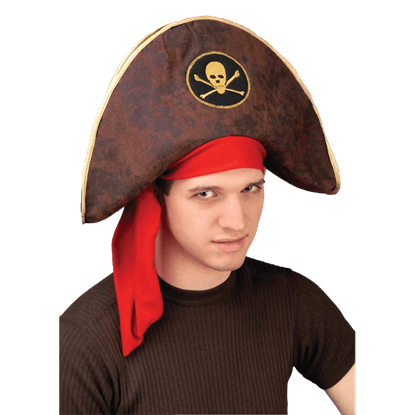 Item # FM-61620
Some say that a pirate captains skill and verve can be measured by looking at his hat. If that is the case, than whoever wears this Buccaneer Captains Hat is definitely an impressive pirate captain, by any definition of the word.
$10.00 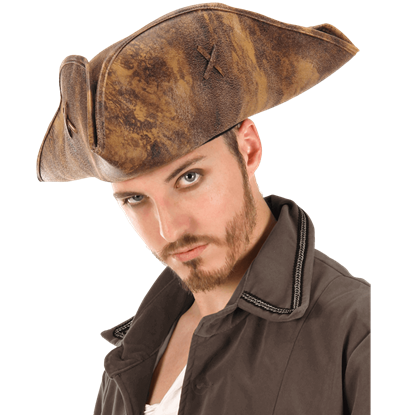 Item # LU-291111
If you find yourself yearning for adventure on the high seas, then the Captain Jack Sparrow Costume Hat is your chance to feel like a true pirate. This officially licensed tricorn hat is based on the infamous pirates film appearance.
$30.00 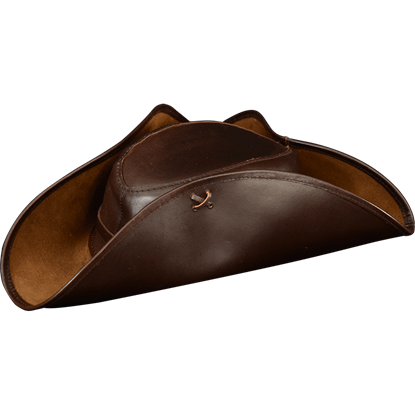 Item # 200550
This Tricorn Hat is inspired by the swashbuckling antics of Captain Jack and is for those who still live by the Code. It is made from top grain leather with a weathered dark brown finish and is a must for any pirate.
$75.00 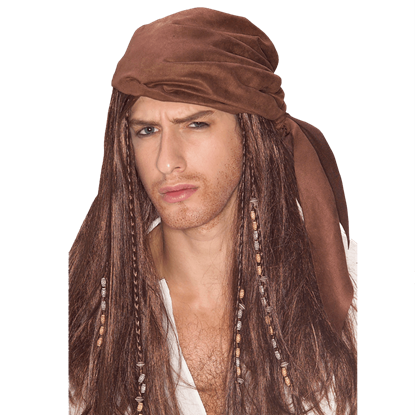 Item # RC-51181
Pirates who sailed the seas found exotic styles while doing so, and many emulated those styles in their personal fashion. This Caribbean Pirate Captain Wig is a handy accent for any guy to have when creating an exotic pirate ensemble.
$14.00 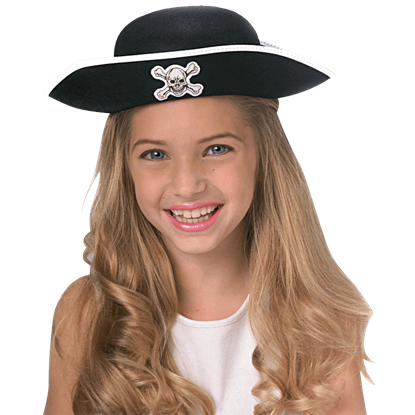 Item # RC-49908
If your little one plans on being a pirate, the task falls to you to provide them with all that they need for a great pirate look. That should include this Childrens Costume Pirate Hat and its youthful dash of swashbuckling style.
$5.00